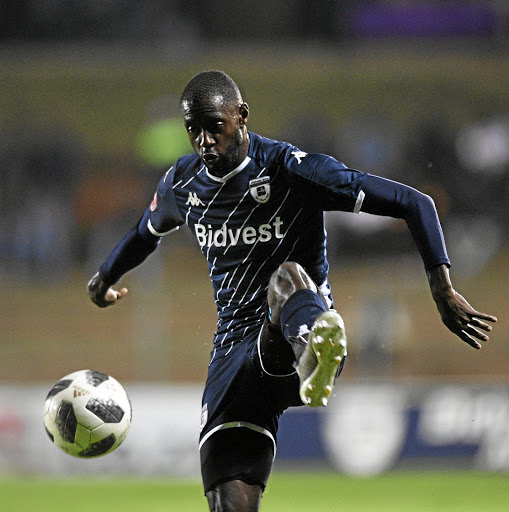 Deon Hotto of Bidvest Wits still to sign with either Pirates or Sundowns. / Sydney Mahlangu/BackpagePix

Sundowns were expected to conclude Hotto's deal after they showed interest first, but Pirates have now overtaken them for his signature.

Sowetan has learnt that talks between the two parties have escalated and the Namibian international will sign with the Buccaneers soon.

Speaking to Sowetan yesterday, Hotto's representative Machini Motloung confirmed that they have received offers from both Pirates and Sundowns.

"He has been approached by both Pirates and Sundowns," Motloung said.

Asked if they have decided which team the 28-year-old is going to join, Motloung said they were still in negotiations and that a decision would be made soon.

"Remember he is still with Bidvest Wits and we need to respect that. The league is not done yet. I don't think it would be professional for him to choose preference when the league is still running.

"As it is now, nothing has been finalised; we are still in negotiation with both Pirates and Sundowns."

Meanwhile, Namibian legend Henrico Botes believes that Hotto can fit at both Pirates and Sundowns if he chooses either of them.

"I think he has done well this season and last year and he has been very good - attacking wise," Botes said.

"If big clubs in South Africa are after your service, it means you have done something right, Sundowns especially with their pedigree, former CAF Champions League champions and league winners and Pitso Mosimane being a top coach.

"He is not getting younger and he needs to think long and hard. I think he can fit well at either team, Pirates this season under Josef Zinnbauer have played an expensive attacking brand of football.

"That will suit Hotto well and on the other side, Pitso like versatile players and Hotto can play left wing-back and he can also play from the right-hand side."