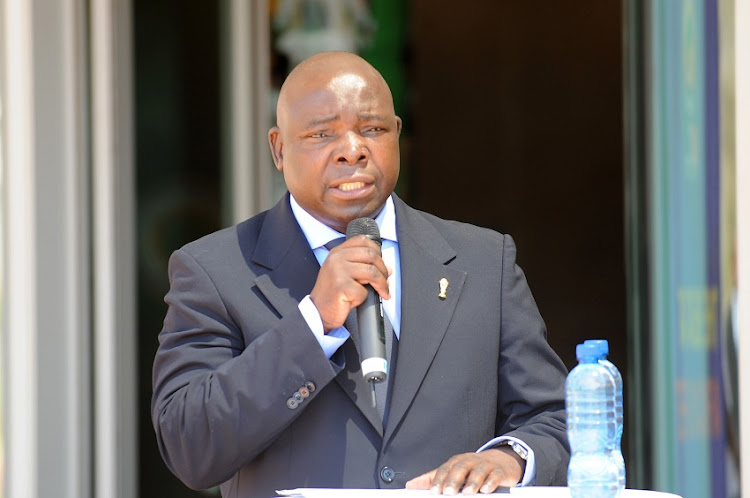 Former South African Football Association (Safa) president Kirsten Nematandani has joined the long list of people who have said that Bafana Bafana have not progressed since the 2010 Fifa World Cup.

Thursday marked 10 years since the World Cup kicked off with Bafana Bafana’s 1-1 draw against Mexico at Soccer City and Nematandani said the only national teams that are showing positive signs are the men’s junior and all the women’s national teams.

“I don’t think we have progressed in the manner that was expected‚ in particular the senior national team‚” said Nematandani‚ who was Safa’s president during the World Cup.

“One area where I am seeing some positive signs is with regards to the [men’s] junior national teams because they seem to be coming up well and they are competing. The same goes to the women’s national teams.

“In 2012‚ when the national Under-23s could not make it to the Olympics‚ we called a bosberaad with all the relevant stakeholders in football to develop a document that would take us forward.

“It is the document that is now called Vision 2022 – they only changed the name. At that time we just called it a document that will take us forward.”

Nematandani went on to say that part of the problem is that junior players who are part of various national teams are not looked after and not given opportunities by their clubs in the PSL.

“We seem to be coming up well with regards to the junior national teams because they are qualifying for major tournaments‚ but we don’t seem to have a way of keeping these boys together. The issue that our country needs is club licensing where all the clubs must have clear development structures at various categories.

“Many clubs are not clubs but they are teams and that is the difference between us and most of the top European teams who are clear with junior structures. The PSL has come up with this thing of the reserve league but it is not enough.”

Nematandani’s sentiments were shared by Bafana 2010 World Cup midfielder Reneilwe Letshlonyane who said that the senior national team has dipped in fortunes.

“I think two years after the World Cup we showed signs of improving but from there we dipped a little bit and I don’t think we are where we should be. The World Cup was the time where we set the standards and showed the world that we can compete with big nations‚" Letshlonyane said.

“We have had players who have been going overseas to represent us like Percy Tau‚ Dino Ndlovu‚ Keagan Dolly and Bongani Zungu but our national team hasn’t showed that it’s improving. The honest truth is that as a country we are not where we are supposed to be.”