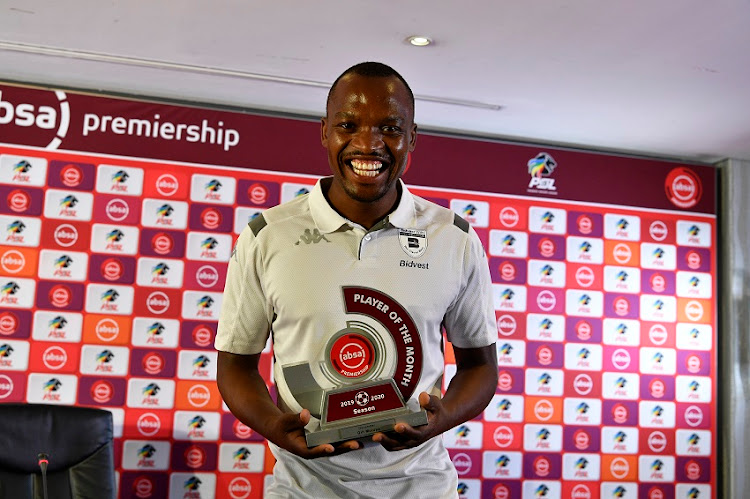 BidVest Wits striker Gift Motupa has never hidden his desire to secure a move to star-studded champions Mamelodi Sundowns but outspoken ex-Bafana Bafana defender Benson Mhlongi is convinced that it would be mistake if the transfer happens.

Motupa has cast longing gazes at coach Pitso Mosimane's side for the longest time and even publicly voiced hopes that the Brazilians will fullfill his dream of joining the side.

But Mhlongo, a former Orlando Pirates, Sundowns and Wits player, warned that such a move could be detrimental to Motupa's career.

"When I look at Oupa (Manyisa), (Andile) Jali and (Lebohang) Maboe, who are similar to Gift, now those are great players (and yet) they [Sundowns] couldn't play them consistently," said Mhlongo.

"For Gift to be the best player that the country must see, he needs game time.

"At Pirates he didn't have game time and that's why he was released for lack of game time, because he has the potential.

"At Sundowns is he going to get game time with the abundance of talent at their disposal?

"But at the end of the day to get (Gastón) Sirino out you must (work twice as hard) because that's where he plays, behind the strikers."

"I would really take the opportunity if Sundowns were to say, 'Gift are you willing to come to Mamelodi'," said Motupa.

"I will say yes, because of what they've achieved over the past five years.

"I don't mean to disrespect Gavin Hunt (the Wits coach). He's a great coach and I appreciate everything he has done for me, for Wits and with his career.

"But it's important for me to get a new challenge, work hard and achieve more trophies like the Champions League (with Sundowns).

"Mamelodi Sundowns have experience of winning the Champions League (in 2016). Coach Pitso is experienced.

"He's a great coach and has changed so many players' careers, and if that opportunity comes, I will take it with both hands."

SuperSport United striker Bradley Grobler has also been linked to the Brazilians and like Motupa‚ he has also left it up to his club to decide whether they accept Sundowns’ offer or not.

But Mhlongo said it would be a risky move for Motupa to join a Sundowns teeming with stars like Sibusiso Vilakazi, José Meza, Keletso Makgalwa, Maboe, Mauricio Affonso, Sirino and Themba Zwane.

"He has to have a one-on-one talk with the coach (Mosimane) first. He's a player that you must understand in person.

"When you are with him everyday, he's got his own limitations and you need to understand him."

"On the field of play he's a smart player but if you don't understand him personally you can have mixed signals or you can misjudge him, which is something most coaches find hard to understand about him."