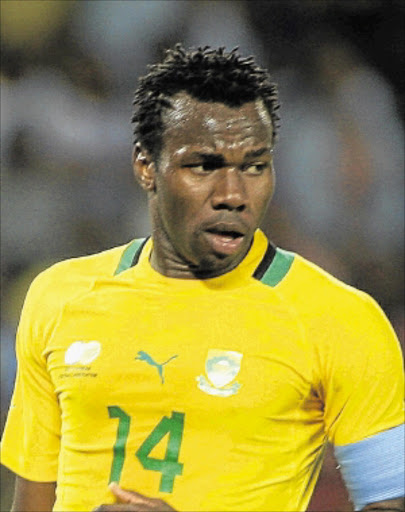 Not many players had the opportunity to represent South Africa at the Fifa World Cup on home turf in 2010, but those who had will remember that moment for a very long time.

Defender Bongani Khumalo, who was among those players, said this will remain one of the biggest highlights in his career.

Khumalo was just 23 years old when he did duty in the historic global tournament on home turf and scored in Bafana's 2-1 victory over France in Bloemfontein in their last group match.

"Being part of something so special for the country and the game of football, it is good memories," Khumalo said.

"I'm blessed to have been part of the generation that played in the World Cup in SA. In terms of my career, it is one of the biggest highlights you have as a player."

South Africans should resist scapegoating then-coach Carlos Alberto Parreira for Bafana Bafana’s disappointing opening round exit as hosts of the ...
Sport
1 year ago

While the victory didn't help Bafana to get to the next round as they were eliminated at the group stages, the SuperSport United defender remains proud that he scored the first goal in that game against France.

"The pressure was on as we lost the game before [3-0 against Uruguay], so I'm very happy that the goal became the catalyst for our fightback in terms of getting the victory," Khumalo said.

"I think everyone did well on the day. We wanted to leave the nation feeling proud and to give a good go at getting to the next round. Unfortunately, we fell short but we were still happy with the points."

After the World Cup, Khumalo joined Tottenham Hotspur in England in 2011 but did not make any competitive appearance for them in his four-and-a-half years with them. But the fact that he played in the World Cup at home is something that he says he will cherish forever.

"The only thing you are thinking of is doing well and making your family and the nation proud. Everything else will fall into place... It is not playing in the World Cup so I can get a move abroad, it is about playing there so you can test yourself against the best."