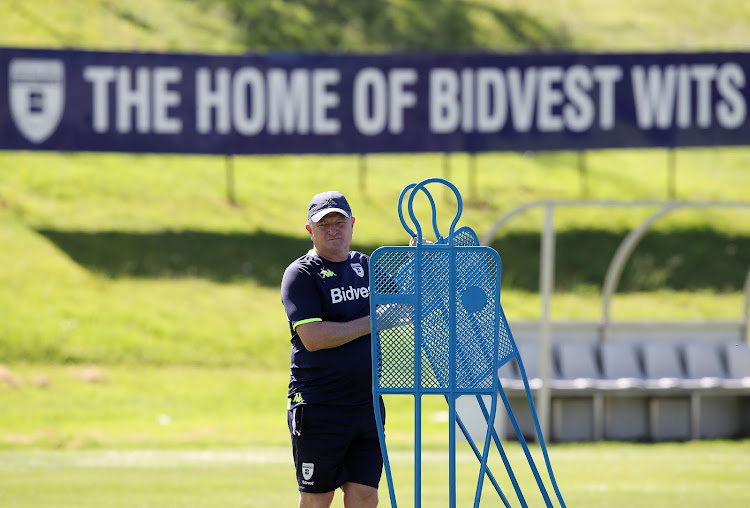 Four-time league winning coach Gavin Hunt has recently said coaching one of the "big three' would not necessarily be ideal for him as coaches don't have total control at those clubs. "You are not really the boss," said Hunt recently referring to coaching one of the big clubs.
Image: Samuel Shivambu/BackpagePix

Gavin Hunt has said there is “nothing in it” in the media reports and constant whispers about his links to a job as coach of Kaizer Chiefs next season‚ and that he is embarrassed by the speculation.

Reports have continually surfaced in the past two months that Bidvest Wits coach Hunt will take over at Chiefs next season‚ despite incumbent Ernst Middendorp having steered Amakhosi to top of the Absa Premiership and the verge of a league title before football was suspended due to the coronavirus on March 16.

“Listen it's quite embarrassing for me. Because somebody's got a job‚ and my name's being thrown about here‚” four-time Premiership winner Hunt told SowetanLIVE on Wednesday.

“I mean I’ve got a contract with the club for another year here at Wits. So it is what it is.

“It’s not nice. I wouldn’t want someone to be rumoured about [being linked to] my job all the time. I mean‚ there’s a coach there.

“I’ve got another year at Wits‚ so that’s it. People in lockdown are just trying to make stories.

“It’s very unprofessional. They [Chiefs] have got somebody in place. They’re top of the league. But it’s not nice from my perspective because there’s nothing in it.”

Middendorp’s contract with Chiefs ends in June next year.

Speculation on Hunt and Chiefs has been fuelled by reports that Wits’ owners‚ Bidvest‚ are selling the club.

Premiership leaders Chiefs (48 points from 22 games) had a four-point lead over second-placed defending champions Mamelodi Sundowns‚ who had a game in hand (44 from 21) when football was suspended.

Wits (38 from 21) were 10 points behind the leaders but had an outside shot at the title by virtue of playing Amakhosi twice in their last nine games.

The PSL‚ SA Football Association (Safa) and government are continuing to explore options for a safe return to play for professional football.