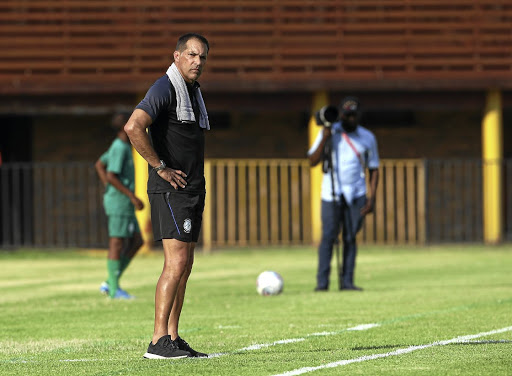 Former Bidvest Wits chief executive Roger de Sa admits that it's sad that the club he helped to build could soon cease to exist.

Wits are apparently being sold to the owner of lower division Limpopo club Tshakhuma Tsha Madzivhandila.

Bidvest has been involved in football since 2006 when the conglomerate bought a 60% majority shareholding in the club.

At that time Wits were renowned for their youth development, but later the club changed the model and became a "buying club" as former boss Brian Joffe began flexing his financial muscle and targeted the Absa Premiership.

"It is very unfortunate to see what is happening at the moment. The amount of money they [Bidvest] are pumping into the club, it was inevitable that this would happen," De Sa told Sowetan.

"When I was there with Eric [Tinkler] we had a budget of around R6m per year and the club was sustainable. We were winning and made money by selling many players to the big clubs.

"Of course that changed and the club started spending big on signing players and soon they were spending up to R80m per year on the club. That's a lot of money to spend every season and none of it is coming back."

Students rumoured to be going to Limpopo
Sport
1 year ago

After Wits captured the Premiership in 2017, Joffe, the man whose vision was to make the club a perennial title contender, left. He was replaced by Bidvest Services boss Alan Fainman as the chairman.

De Sa felt that shareholders of Bidvest would eventually have a problem with its company throwing so much cash at a football club.

"I'm convinced that had they continued to run the club as a youth development club then, the club could exists forever. But if you're a shareholder of Wits, you are going to start to ask yourself why are we wasting all this money?"

Technically, Wits University still owns 40% of the club. However, due to the vast amounts that Bidvest have spent since 2006, the institution does not have much of a say on the sale of the club.

Wits' potential sale has sent the rumour-mill on overdrive as several players, including captain Thulani Hlatshwao, Deon Hotto and Hashim Domingo, are all said to be up for sale.