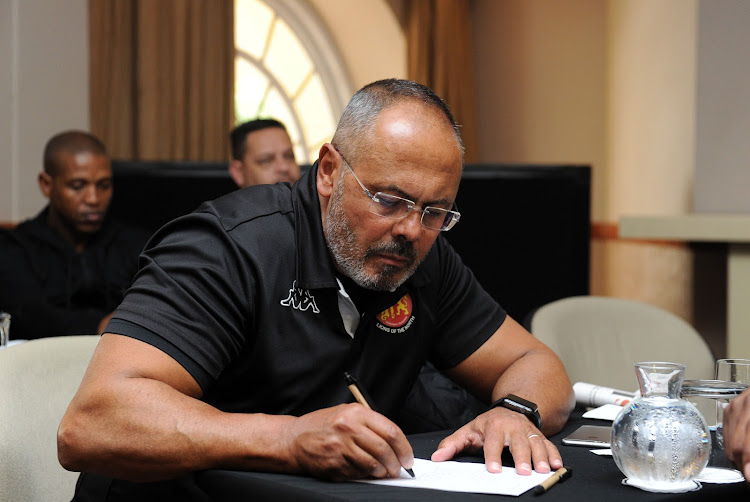 Hihglands Park have punched above their weight under the chairmanship of Larry Brookstone.
Image: Ryan Wilkisky/BackpagePix

Highlands Park chairman Larry Brookstone is sticking to his guns and will not budge on the club's evaluation of Kaizer Chiefs and Mamelodi Sundowns target Peter Shalulile.

The Lions of the North’s chairman is adamant that Shalulile is worth R30m and prospective suitors will have to meet the asking price if they are interested in the striker.

"...And these are international ratings. He's prolific. He is able to assimilate to an environment he does in."

Asked who decides on the market value of the players in South Africa‚ Brookstone offered his view to Power FM.

"I think primarily [that's] because the buying teams don't want the market to know how much they paid [transfer and values] for the player‚" he said.

"Either because they [team owners] paid smaller amount [of money] than they want the market to think.

"Or alternatively where they paid a lot of money and they don't want the market to realise they are paying that kind of money out for players.

"I think that's probably the reason why teams are asking certain teams not to disclose the money."

"There are different elements to it. There are players who come to play and stay‚ those who will leave‚ and those who will make money for the club. And timing is everything."

"Edmilson Dove and Kermit Erasmus are the most expensive players we have‚" he said.

"And now when I look at Highlands (and what they) want for Shalulile (R30 million)‚ I want to change. My coach is from Europe and believes Dove and Erasmus deserve bigger fees."