What’s next for injury-prone Joseph Molangoane? 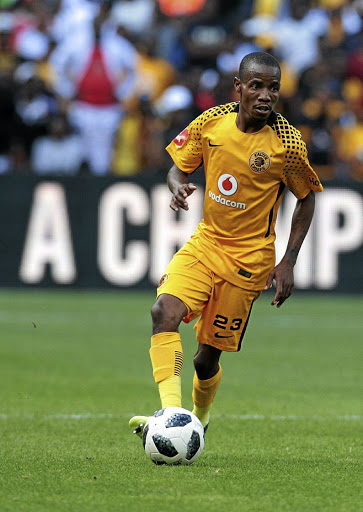 Midfielder Joseph Molangoane of Kaizer Chiefs has been sidelined by ankle injury and there are talks he might retire from professional football. /Veli Nhlapo

There are fears that Joseph Molangoane could follow the path of Brilliant Khuzwayo and Siyabonga Sangweni of retiring prematurely from football.

The Kaizer Chiefs midfielder is still sidelined through injury and sources close to him say he might have to consider calling it a day in the professional ranks.

Molangoane's contract at Amakhosi concludes next month and with him not getting game-time, it was unclear if he would be offered a new deal.

Khuzwayo prematurely ended his playing career at Orlando Pirates last year following a recurring ankle injury, while Sangweni announced his retirement from football in April 2016 due to a knee injury.

The 32-year-old Molangoane has endured a tough couple of years at Naturena as he battled with some serious injuries.

He suffered a broken ankle in August 2018 against Free State Stars in the MTN8 quarterfinals.

Last year, he returned to action, but the injury recurred which required more surgery to his lower right leg.

"He may not play football again due to his medical condition," a source said.

"What the club is trying to do is to give him a retirement package so he can go and claim his insurance."

Another source confirmed that chances of him playing again are all, but over as he struggles to shrug off his injury. Chiefs football manager Bobby Motaung was not available for comment as his phone rang unanswered. But communications and corporate manager Vina Maphosa said they don't announce developments at the team prematurely.

"We are not doing any kind of that stuff at the moment," Maphosa said.

"You won't get a comment now not unless you speak to whoever told you that. I don't know who told you about his retirement.

"What we do, we talk about the contract when it is confirmed like we did last week with [Leonardo] Castro and then, if the contracts are not renewed yet, we will only give the status at the end of the season."

Nicknamed Tight, Molangoane joined Chiefs in 2016 from Chippa United, he also played for the likes of Pirates, Platinum Stars and AmaZulu.