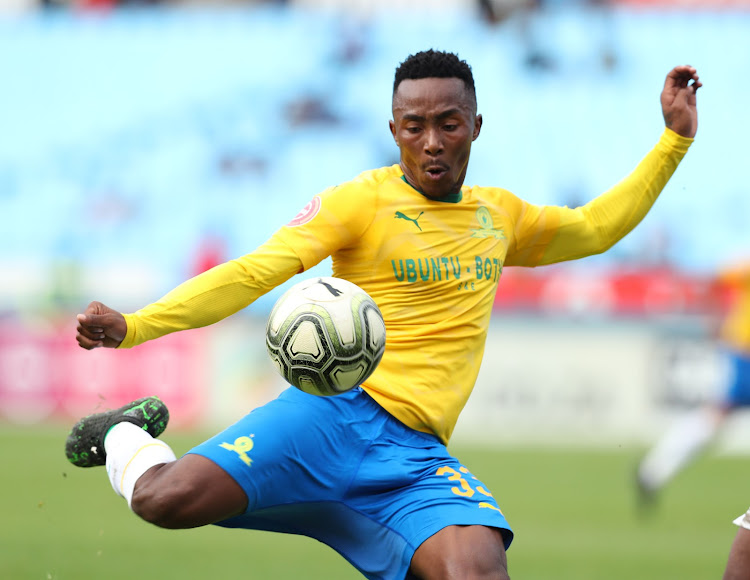 The enforced break due to the coronavirus pandemic may prove beneficial to Lebohang Maboe, according to his father Sidwell.

Maboe, who was one of the key performers in his first campaign for Mamelodi Sundowns last season where he netted eight goals from 27 matches, has struggled to replicate that form this campaign.

With international and domestic commitments having kept him busy since joining the Brazilians from Maritzburg United in 2018, the break came at a time where he needed it most, according to his father, who is also a former professional footballer.

Just before the Premier Soccer League (PSL) was forced into a recess, a section of Masandawana faithful had been on Lebohang's case, even booing him.

This campaign, he has scored just once from 17 Absa Premiership matches. Maboe senior felt sorry for his son as he believes his drop in form was because of fatigue.

Since they won their maiden Caf Champions League title in 2016‚ the closest Mamelodi Sundowns have come to recapturing the continental holy grail was ...
Sport
2 years ago

"It's hard for the boy because he was not used to playing so many games," Maboe senior told Sowetan.

"Now he has played many games and if you check recently, his form has dropped a bit because of fatigue. I told him that he needs to take it easy, he must not put himself under pressure."

Last season, the 25-year-old played 45 matches for Sundowns in all competitions He was also called for Bafana Bafana nine times and played four games.

"You know, when you are playing for a big team you will want to put yourself under pressure and doing the impossible. I told him to take it easy you know.

"He played a lot of games; he didn't rest and I think that has an impact."

Maboe senior, 47, who played for Orlando Pirates and Bloemfontein Celtic in the 1990s, believes the break came at the right time for his son.

"The advice I gave him was that he must continue playing the same way he was when he was signed from Maritzburg United, that's the form which will also make him return to the national team.

"He must play his normal game. Age is still on his side."

Mamelodi Sundowns coach Pitso Mosimane is planning an overhaul of his squad during the off-season and intends to bring in four to five new players to ...
Sport
2 years ago

Mamelodi Sundowns coach Pitso Mosimane has revealed that striker Jeremy Brockie's future at the club will be discussed closer to the end of the ...
Sport
2 years ago
Next Article