Chiefs, Pirates and Sundowns target De Reuck: ‘I see myself going back to Europe’ 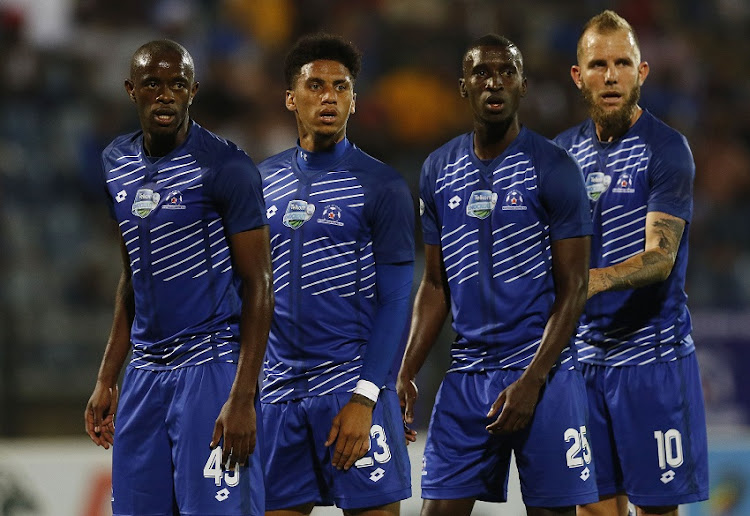 Rushine de Reuck has candidly professed that his first target, should he leave Maritzburg United, would be a move to a club in Europe.

The 24-year-old centreback has reportedly been a target of the Premier League’s big three clubs, Kaizer Chiefs, Orlando Pirates and Mamelodi Sundowns.

This was due to De Reuck’s excellent form for Maritzburg in 2019-20, starting all 24 of their Absa Premiership games and playing a leading role in the solid defensive displays that saw the KwaZulu-Natal team in sixth place when matches were suspended due to the coronavirus on March 16.

A product of Cape Town’s ASD Academy, De Reuck already had a spell in Europe, with a trial at FC Porto and time spent at Primeira Liga side FC Pacos de Ferreira, when he was 19.

“I think I’ve made it quite clear that I see myself going back to Europe. I have unfinished business there, I know what it takes to play there,” De Reuck told an online press conference arranged by his club on Friday.

“When I was there I was around 19. I just feel like I was ready football-wise, and could compete against them there, but my mental strength wasn’t there. It was really difficult for me.

“But now I’m different – I’m a different player. I feel like I’m ready to take that step in my career. And I know that I can do something with my life there, and do well for myself there.

He added: “And also Bafana Bafana. That’s my main goal. It will help make it easier for me, and for a team to look at me.

“Because it’s difficult. I’m 24 years old now and I don’t even have one cap.”

De Reuck said he has not allowed himself to be distracted by the attention, and reports of links to big PSL clubs.

“I’m not really going into my day thinking about who wants me. And if teams are interested they need to contact Maritzburg and we can take it from there.”

Apart from Maritzburg's league form, De Reuck was also key in the KZN club reaching the Telkom Knockout final, where they bravely lost 2-1 against Sundowns in Durban in December.