Nodada hints many SA players' salaries are lower than assumed: 'It would be nice to know' 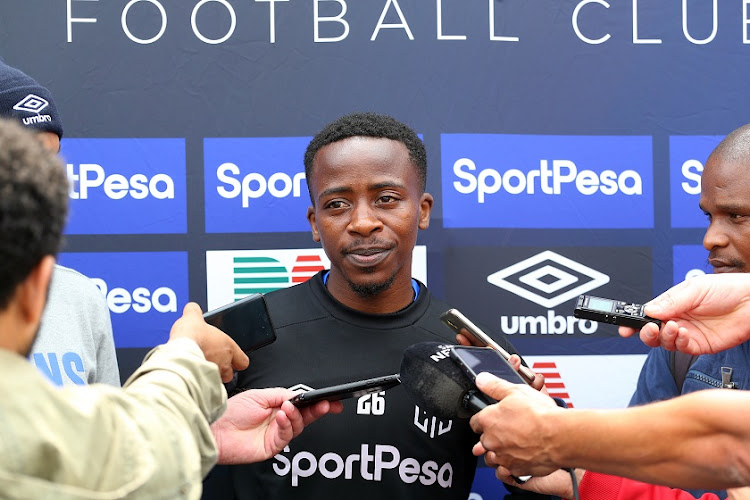 Cape Town City star Thabo Nodada has said that if there was transparency on salaries‚ signing-on and transfer fees‚ then it would be an easier and more candid process for players to negotiate their contracts in the Premier Soccer League (PSL).

Nodada suggested that there is a more significant salary skew between the bigger stars of the PSL and the up-and-coming youngsters or more modest professionals than the public might assume.

It has also long been an open secret‚ despite the PSL and its clubs being notoriously opaque on transfer and salary figures‚ that the big Gauteng clubs do pay more than those in the Free State and at the coast.

“I don’t think you guys [the media] want to know – I think you just want headaches and don’t want to sleep any more‚” Nodada said half-jokingly‚ hinting that many SA footballers’ salaries were lower than publicly assumed.

“It would be nice [to know]. It would be very interesting. It would change a lot of dynamics‚ hey‚” the player said laughing‚ addressing a question on whether transfer fees and salaries should be transparent from an online press conference of the SA Football Journalists Association (Safja).

“It would change. Because‚ listen‚ if I am going to a negotiation and I know the people performing the same task that I am in the other team‚ and how much they are earning – man.

“Ja‚ it would be nice to have that transparency. Because it keeps the clubs honest. And one thing it guarantees is that there is a respectable gap between your highest earner and your lowest earner.

“We’re in a business. And not everybody’s going to be fortunate enough to be the best player. And that player has to be remunerated as such.

“But it is very important that the person who is not getting [as much] can live‚ and still feel like a proper‚ performing valued footballer on the salary they are getting.”

“And then comes Covid and people are forced to take videos in their homes. And then things start looking weird.

Nodada (24) has emerged as one of the best central midfield talents in the PSL at City‚ earning a Bafana Bafana call-up from then-coach Stuart Baxter for the Africa Cup of Nations qualifiers against Seychelles in October 2018.

The PSL suspended matches due to the coronavirus pandemic on March 16‚ and have been exploring options to return to play safely.

Nodada was speaking from his family home in Ixopo‚ in the KwaZulu-Natal midlands‚ where he has returned to during the national lockdown.