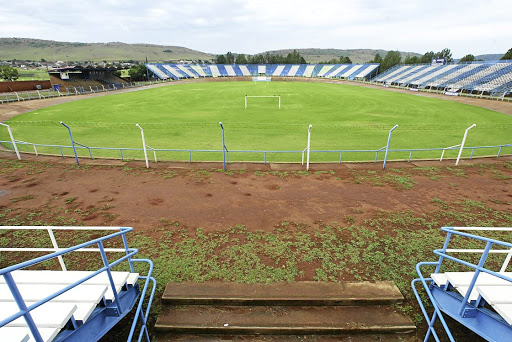 High ranking Gauteng sports department officials have made contact with Mamelodi Sundowns president Patrice Motsepe's office and discussed the restoration of the derelict HM Pitje Stadium to its former glory.

Sundowns have always registered a willingness to return to its spiritual home and Motsepe said recently he would be prepared to use his own money to upgrade the stadium in Mamelodi if government comes on board.

“We have already made contact with his (Motsepe's) office and upon availability of all concerned stakeholders a meeting should happen imminently‚” said the department on Thursday afternoon responding to questions from TimesLive.

“We have initiated the meeting and have spoken to Mr Motsepe's private office. We will share the outcome of the meeting once the meeting has been held and will have a clearer path forward.”

City of Tshwane administrator Mpho Nawa was the first senior government official to respond to Motsepe's declaration last week that he was prepared to finance the restoration project from his own pocket. Nawa said they were willing to engage the Sundowns boss further.

The Gauteng sports department further reiterated on Thursday that provincial Premier David Makhura has in the past committed to demolishing the stadium so that it could be restored to its former glory.

“The stadium falls under the City of Tshwane and Premier David Makhura has committed the province to demolishing it so it may be restored for the benefit of the community.

"It further only makes sense that Mamelodi Sundowns should take over a stadium in its birth of origin to reconnect with its ancestors‚ community and fans alike.

“HM Pitje being in Tshwane‚ Gauteng‚ forms part of our sporting districts and has a rich cultural and sporting history for the people of Mamelodi‚ Tshwane and Gauteng in general. It forms part of our vision of restoring and upgrading sporting and cultural facilities across Gauteng.”

The department said refurbishing the stadium would not only ehance sport but also play a key role in boosting social cohesion in the community.

“The department understands the role such monuments play within communities.

"Refurbishing the stadium will not only benefit the sport of football but also goes a long way in social cohesion and community building within Mamelodi and around Tshwane.

"There are many stakeholders concerned from football to communities in and around Mamelodi‚ so we are aware of the impact this project would have and we are willing to hear what the people who will be involved directly going forward would have to say and how they see the project impacting their lives and their livelihoods.”

The stadium was closed for upgrades as a 2010 Fifa World Cup Legacy Project and it has been a white elephant for about 15 years.