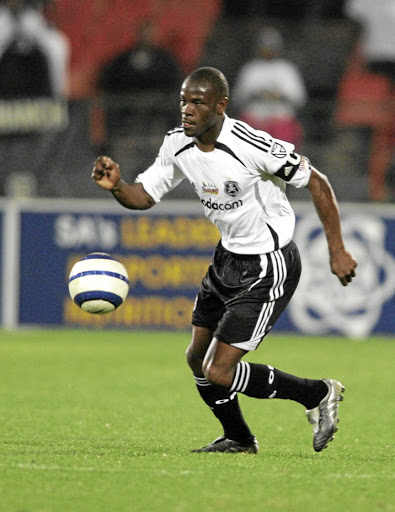 As Orlando Pirates are believed to be interested in both Maritzburg United centre-backs Siyanda Xulu and Rushine de Reuck, indications show they're just casting their net wide but only need one of them.

Since captains former Lucky Lekgwathi and Siyabonga Sangweni retired in August 2016 and April the same year respectively, Pirates have struggled to have a reliable central defensive pairing, with current skipper Happy Jele proving the only dependable troop in this discipline ever since.

For the 24-year-old De Reuck's signature, the Sea Robbers face stiff competition from Mamelodi Sundowns, while Xulu, 28, is said to be on SuperSport United's radar as well.

The Maritzburg duo are represented by Paul Mitchell of Siyavuma Sports Group. In recent weeks, Mitchell confirmed that there was a big interest in De Reuck, adding that Xulu "has an unfinished business in Gauteng" as he's had stints at Sundowns and Kaizer Chiefs in the past.

Despite having also been tipped by many as one of the potential Defender of the Season, Arrows' Nkosinathi Sibisi feels Rushine de Reuck of ...
Sport
2 years ago

In the midst of this, Lekgwathi has urged Pirates to go for De Reuck over Xulu, whose contract expires at the end of the current campaign.

"We [as Pirates] must sign De Reuck. I have been monitoring him ... the boy has a big heart.

"At his age he is amazing, and at Pirates he can grow to be a superstar," Lekgwathi told Sowetan yesterday.

"He can compliment Happy [Jele] so well. Xulu is a good player as well, but he'd only play one or two seasons. We don't know what made him leave Chiefs. Signing De Reuck would be a smart investment for the club because the boy is still young."

"I watched De Reuck live in Mbombela against Chiefs last year. It's when I realised we need him. He frustrated Samir Nurkovic, that shows he can do well at Pirates," said the former Bucs skipper.