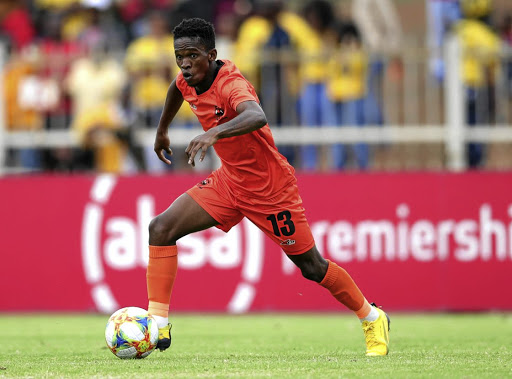 Clinton Larsen hopes Polokwane City can retain Kabelo Mahlasela at the end of the season as Kaizer Chiefs may not renew his contract beyond this season.

Mahlasela is on loan at Rise and Shine from Chiefs until the end of the season.

But with his contract at Amakhosi set to expire at the end of next month, City coach Larsen, who is a big fan of the attacking midfielder, wants him to stay at the club.

"Yeah, definitely. I've said it before, I am a big fan of him and I believe that he is a talented player who can help any team in the league," Larsen said.

"We are lucky to have him at Polokwane City. Hopefully, our chairman [Johnny Mogaladi] does the business and keeps him permanently because I feel he is a player that can influence the way we want to play.

Lockdown a 'blessing in disguise' for Larsen

Former Chippa United coach Clinton Larsen, who is now with relegation threatened Polokwane City, says the lockdown has come as a blessing in disguise ...
Sport
2 years ago

The 29-year-old joined Chiefs from Bloemfontein Celtic two years ago expecting to raise his profile, but injuries have hampered his progress.

As a result, he couldn't live up to expectations and was loaned out to City.

Chiefs may not renew his contract, though his manager Tshepo Mabona could not confirm this yesterday.

With Larsen having shown interest in keeping him permanently, Mabona said that it will depend on whether the team stays in the Absa Premiership.

Polokwane are battling in the relegation zone as they occupy 14th place with 23 points, level with Baroka and AmaZulu after 24 matches.

"It also depends on what happens. Is the league going to finish? Are Polokwane City staying up? Has he played enough to earn a contract? Is there anyone else looking at him and looking at solutions around their teams? You never know," Mabona said.

My injury woes are over, he says.
Sport
2 years ago

Cole Alexander says Bidvest Wits would have staged a dramatic comeback to clinch the Absa Premiership were it not for Covid-19.
Sport
2 years ago

While other leagues in Europe have decided the way forward as a result of the ongoing Covid-19 conundrum, the Premier Soccer League has yet to ...
Sport
2 years ago
Next Article