Luther Singh happy with his career trajectory in Portugal 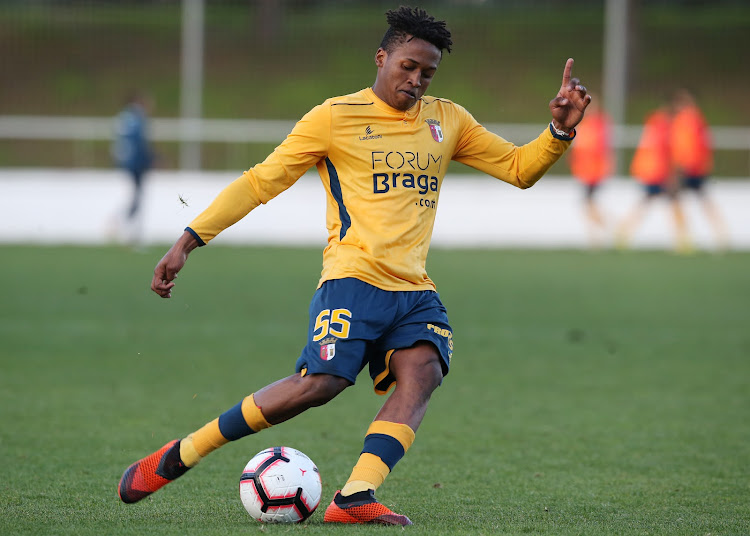 Luther Singh believes he is on the right career trajectory in Portugal as last year’s loan to relegation-bound Chaves from Sporting Braga has been followed this season with a move to top-half team Moreirense.

Singh said he was happy to have made his Primeira Liga breakthrough with his six-month loan to Chaves‚ who were relegated in 16th place in the 18-team top-flight‚ meaning the forward was able to start earning first team game time rather than the reserve team football had had played at big four club Braga.

He said when the opportunity came for a loan this season to Moreirense‚ who finished sixth in 2018-19 and missed out by one spot from qualifying for the Europa League‚ he was flattered and grabbed it with both hands.

“At Chaves‚ I only went there for six months and the team were already in last place‚ but it felt like it was a good stepping stone for me‚” the 22-year-old SA Under-23 international said.

“The coaches believed in me there and promised to give me game time‚ and I did get that.

“Then when Moreirense wanted me‚ I was like‚ ‘Wow’‚ because it was good because of them finishing sixth. I felt like it was good for me – it’s a good club with good players and they play a good brand of football. So I felt it was a club that would suit me.

“It’s close to Braga as well – Chaves was a bit further. It’s a team who have young players‚ the coaches have a good style of play. And it’s a good environment too.

“I was guaranteed to play as well. And it was better for me to go to a club like that than one where you fight for survival.

“[At a struggling club] it becomes more about winning games and not so much about improving. It doesn’t matter how you get the results or score goals so long as the team wins‚ and that affects a player because you change your style of play.

“I felt Moreirense would be better for me because they were in a better place in the league‚ and it’s a better club with a better style and facilities‚ and a good coach.”

Singh’s breakthrough season at Chaves saw him play 17 games in the second half of the season‚ starting 15 of those.

He had played 13 times‚ with nine starts‚ scoring three goals for Moreirense before suffering a fractured bone in his leg in December. Singh is back to fitness‚ and hopes for more game time when the Primieira Liga resumes from its suspension due to the coronavirus on June 4.