Rooi Mahamutsa's future in Ajax at the mercy of Covid-19 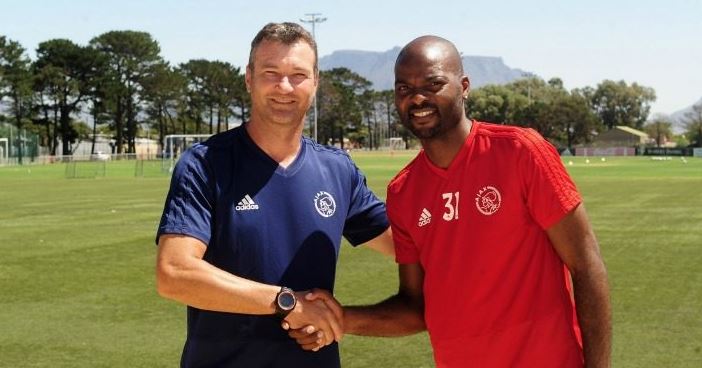 Coronavirus pandemic could see veteran defender Rooi Mahamutsa leave Ajax Cape Town without playing even a single official game for the club, especially if the season is cancelled.

Mahamutsa, 38, joined Ajax for the remainder of the season in February, a month before Covid-19 compelled the current campaign to take an unprecedented and indefinite hiatus.

Mahamutsa hadn't made his Ajax debut before the suspension of the season. With his contract expiring at the end of next month, there's a possibility of the ex-Orlando Pirates stalwart leaving the Urban Warriors without even one match under his belt.

Given the financial implications of the coronavirus, many clubs are likely to cut costs by not renewing the contracts of under-utilised players like Mahamutsa.

However, the hard-nosed Mahamutsa isn't too anxious about his Ajax future, suggesting he'd accept whatever eventuality, though he's hoping to stay put beyond June.

"I always have a positive mind. I always see positivity out of all situations. Whatever happens, happens, I'll take it and move forward.

"So far I can't predict what will happen [with his future at Ajax], but I am really positive that I'll stay and contribute to the team," Mahamutsa told Sowetan.

Mahamutsa, who's won several trophies in his career (many at Pirates and one at Free State Stars), isn't yet thinking about hanging up his boots.

"I still have a lot of football in my body ... I still want to offer more to SA football.

"Football is something I love so much, so I'll continue playing as long as I can," said the Ajax man.

Before the outbreak of the novel virus, Ajax were on course to clinch automatic promotion, occupying the top berth on the GladAfrica Championship table.

They have accumulated 48 points from 24 league games so far.

Shakes Mashaba’s talented Espoirs U-23s – where are they now?

In 2002‚ coach Ephraim “Shakes” Mashaba took a talented Under-23 team to the famed Espoirs de Toulon tournament in France.
Sport
1 year ago

Comitis on his relationship with ex-City coach McCarthy: 'I have no issues with Benni'

John Comitis has no bad blood with ex-Cape Town City coach Benni McCarthy‚ and predicts a big future in the career for the Bafana Bafana legend.
Sport
1 year ago
Next Article