Celtic player Rikhotso denies being the abuser in a video 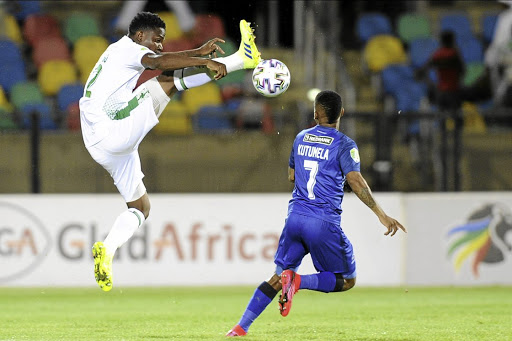 Yet another Bloemfontein Celtic player could find himself in trouble following a video which has gone viral.

Only this time the player, Tshepo Rikhotso, denies being the person in the video. In the 30 seconds video that was sent to Sowetan last night, a man who strongly resembles Rikhotso is seen scuffling with a woman, forcefully ejecting her from a white VW Golf.

The woman tries to resist but the man proves to be too strong for her, as she continues to fight back before the video ends abruptly.

Contacted yesterday, Rikhotso denied he is the man in the video, which is undated. But somehow, he insisted someone was trying to blackmail him.

"That's not me my brother," Rikhotso insisted.

Asked why he thinks people would want to blackmail him, Rikhotso responded: "Maybe they want to blackmail someone's girlfriend or someone who's got a wife. I don't even know this, I just saw the video trending on social media."

Ladies stop dating GTI drivers or any polo, this MF's will breakfast your heart 😂😂😂🔥🔥🤣🤣#BussAMove pic.twitter.com/w6gyVL5kcq

In the earlier days of the lockdown, Rikhotso's teammate at Celtic Teboho Potsane got himself in trouble with the SANDF after a video showing him in an army uniform trended on social media.

The army were unimpressed but the midfielder escaped with a warning after a visit to the police station.