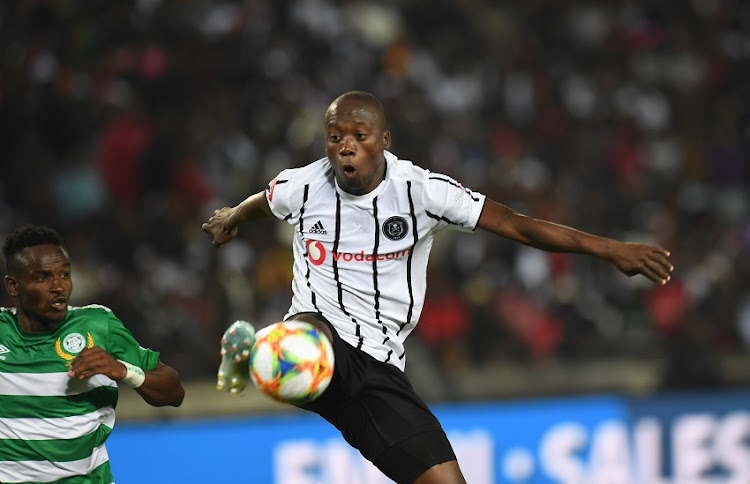 Ben Motshwari of Orlando pirates battling for the ball with Ronald Pfumbidzai and Menzi Masuku of Celtics during the Absa Premiership match between Orlando Pirates and Bloemfontein Celtic at Orlando Stadium on August 03, 2019 in Johannesburg, South Africa.
Image: Gallo Images

Orlando Pirates midfielder Ben Motshwari‚ who tested positive for Covid-19 last week‚ said on Monday he is “doing quite well under the circumstances” and thanked fans for the support.

Pirates confirmed on Thursday last week that the 29-year-old Randfontein-born Motshwari had contracted the novel coronavirus and that the utility player was asymptomatic and currently under a 14-day quarantine at his home.

“I would really like to thank everyone who has been supportive and sending me messages for the past few days. (It) was messages of encouragement and wishing me well. I really appreciate it and it really means a lot to me‚” Motshwari said in a video tweeted by the club on Monday.

“Currently I am under strict medical surveillance and I am doing quite well under the circumstances.

“To all the fans‚ I would really like to encourage them practice their social distancing. Keep on sanitising your hands and keep on wearing your masks‚” said the former Bidvest Wits player.

Motshwari‚ the only player known to have contracted the flu-like disease in the Premier Soccer League (PSL)‚ received further support from a number of Pirates fans who commented on the club’s Twitter post and praised the Buccaneers’ for the reassuring update.

While some European leagues are pondering return dates to restart their respective leagues‚ there has been no word from the PSL on potential dates for the resumption of the league.

There Absa Premiership and GladAfrica Championship were in their final stretch before it was halted by the pandemic and the semifinals of the Nedbank Cup were due to be played this past weekend.