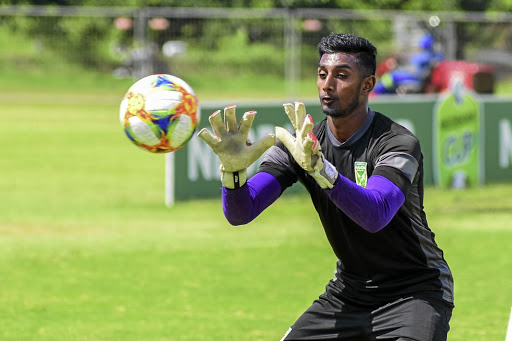 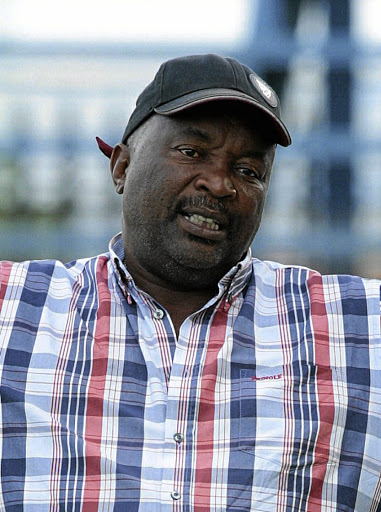 Ex-Jomo Cosmos goalkeeper Sherwyn Naicker has abandoned football for a corporate job, accusing Jomo Sono and his son Bamuza of bad-mouthing him by telling people he "sold games" during his spell at Ezenkosi.

Naicker, 29, is now a full-time sales executive at Evolution Beverage Solutions, a company that specialises in supplying and packing sustainable water, based in Ormonde, near Nasrec in Johannesburg. He holds a marketing diploma from the University of SA and has held his job since September.

Naicker has disclosed he hung up his boots so early in his career owing to the struggle to find a team as "people at Cosmos", specifically Jomo and his son Bamuza, allegedly ruined his reputation with match-fixing claims.

"It's a long story why I called it quits. I got tired because of what Jomo was doing to me," Naicker told Sowetan.

"Jomo told people I had sold games. From the players' side, it's Bamuza who also did the same. A person from [Golden] Arrows told me that Jomo told him I was selling games."

As was bound to happen, the Covid-19 crisis has highlighted deep inequalities in how it has affected the poor opposed to those with money. As far ...
Sport
1 year ago

After leaving Cosmos in 2016, Naicker struggled to find another club for almost two years, until he joined the now defunct second-tier side Milano United. "When I was at Cosmos, we got relegated [in 2015-16] and I thought that season was good enough for me to get another team in the PSL," stated the former keeper.

"I had 10 clean sheets, which was the fourth highest in the league, the only guys that were ahead of me were Moeneeb Josephs, Denis Onyango, Ronwen Williams and Patrick Tignyemb."

In 2017, Naicker was signed by what remains his last club, Arrows. The Durban, Chatsworth-born shot-stopper left Abafana Bes'thende without even a single top-flight game under his belt last year.

"Arrows initially doubted signing me because of what Jomo had been saying about me," Naicker revealed.

"Teams would call me, saying the're interested but later on tell me they've changed their mind... that shows my reputation is gone, that's why I stopped playing, it's not the life I want to live."

Germany's plans to restart competitive soccer on May 16 suffered an early setback after the entire team of second tier Dynamo Dresden were placed in ...
Sport
1 year ago

Giving his side of the story, Sono, who owns and coaches Ezenkosi, suggested Naicker was just bitter, asking why he only levelled these allegations against him now, having played for two teams in Milano and Arrows post his Ezenkosi stint.

"How can we respond as Cosmos? So, when every player's career is over we must answer? Naicker must answer himself. I don't understand why he says this now because he got a job after leaving Cosmos, so where did I bad-mouth him because he played after that?" Sono asked.

"You should say to Naicker 'give us the proof'. This can be a case of defamation of character. It's not our fault that he's not playing anymore. Let's be honest, if you're a good player, irrespective of how I bad-mouth you, you will still get a team."

Bamuza couldn't be reached for comment as he never answered his phone.