Bundesliga teams in isolation ahead of season restart 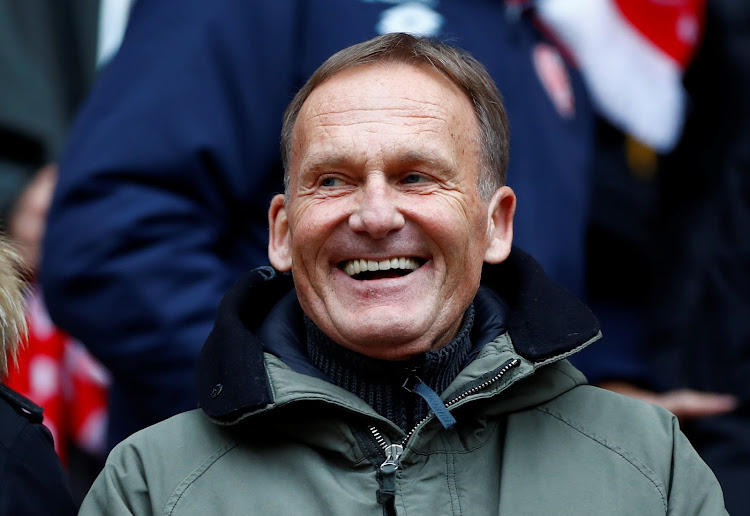 Borussia Dortmund chief executive Hans-Joachim Watzke in the stands in December 2019. Watzke says the Bundesliga clubs did not expect a "trouble-free" restart to the football season.
Image: REUTERS/Ralph Orlowski

German soccer teams started the week in isolation on Monday after going into seven-day quarantine ahead of the Bundesliga season restart on Saturday, with club bosses saying completing the campaign amid the coronavirus outbreak will not be easy.

The German Football League (DFL) decided last week to resume the first and second division from May 16 after a two-month suspension, making it the first major sports league to attempt a restart.

Teams have been sent into mandatory seven-day isolation after testing for the virus in order to reduce the risk of infection before playing in empty stadiums with only a handful of staff and officials, to help prevent the spread of the virus.

Several clubs, including champions Bayern Munich, Borussia Dortmund and VfL Wolfsburg, have picked hotels in their cities to cut travel times to training locations and airports for the weekend matches.

Others like Schalke 04, who face Dortmund in the Ruhr valley derby, and Borussia Moenchengladbach are using hotels at their stadiums.

Bayer Leverkusen and Union Berlin have moved to more isolated hotels in the countryside, as have bottom club Paderborn who will spend the week in a nearby thermal springs town.

Players and staff wore face masks as they departed for hotels where distance between tables at team lunches and dinners will become routine, as will single rooms where players will make their own beds to reduce unnecessary contact with other people.

Plans to restart, however, suffered a setback on Saturday after the entire team of second tier Dynamo Dresden was placed in two-week quarantine following two positive coronavirus tests.

"We always expected that the remainder of this season will not be trouble-free," Borussia Dortmund chief executive Hans-Joachim Watzke told the Funke media group.

"These tests and results are also a sign of our transparency."

The league, desperate to complete the season by June 30, has drawn up a detailed set of regulations for training and matches, including stringent testing that helped it get the government's green light to restart.

But with the virus far from gone in Germany where almost 170,000 people have been infected and over 7,400 have died, the DFL is concerned any positive virus cases could seriously damage chances of finishing the season, and inflict potentially "existence-threatening" financial damage to some clubs.

"I expect everyone now to live up to their responsibilities," DFL chief executive Christian Seifert said at the weekend.