Jimmy Tau: Kaizer Chiefs' Lebogang Manyama the best player in the PSL in 2019-20 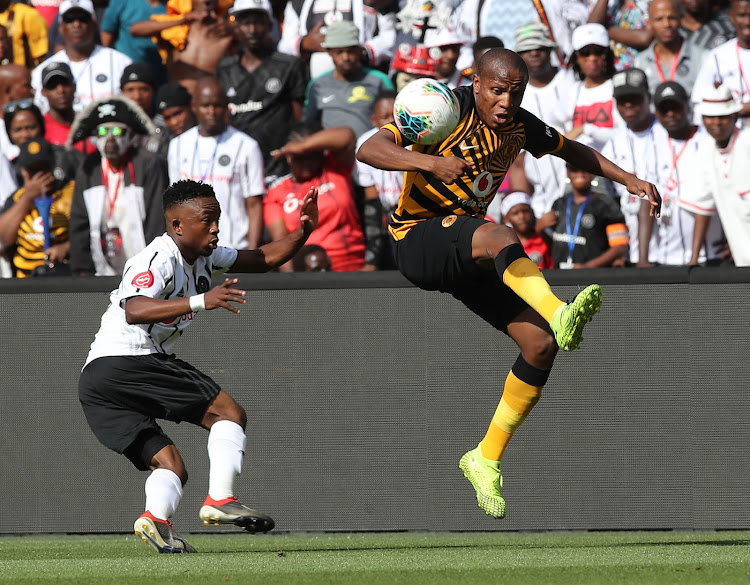 Former Orlando Pirates and Kaizer Chiefs captain Jimmy Tau has picked Amakhosi attacking midfielder Lebogang Manyama as his best player of the season so far in the Premiership.

Tau said Manyama impressed him with his consistent performances before the league was suspended during the middle of March due to the outbreak of the novel coronavirus.

“I think Lebo has done well considering that he was coming back from injury‚” said the former Bafana Bafana defender.

“He has proved his quality and it shows why at some stage in the past he was voted the [PSL] player of the season. He has done exceptionally well for Chiefs who have been setting the pace on the log and he has played a crucial role for them so far this season.”

Since the beginning of this season‚ Manyama has featured in 21 matches in the league where he has scored six goals and he has further proved his value by providing eight assists.

The main beneficiaries of Manyama’s supply from the midfield are twin strikers Samir Nurković and Leonardo Castro‚ who have led Chiefs’ assault for the league title with 11 and seven goals respectively.

In the Telkom Knockout‚ Manyama played three matches and provided one assist and he featured in two matches during the Nedbank Cup‚ where he contributed one goal.

“‘Mshishi’ [Zwane] is one of the players who has done well and he is an integral part of the Sundowns system. You can also look at a player like Peter Shalulile at Highlands Park who has done very well for himself and the club by scoring crucial goals for them‚” Tau said.

“There is Gabadinho Mhango at Pirates who has done very well by scoring crucial goals for them and it is no surprise that he is leading the goal scoring charts.

Mhango leads the scoring charts with 14 goals and is closely followed by Bradley Grobler of SuperSport United‚ Shalulile and Ntuli all on 12 with Nurković and Knox Mutizwa on 11.

Ntuli has been vital for AmaZulu‚ who are sitting dangerously second from the bottom on the log‚ as he has scored 12 of the club’s 14 goals this season after 24 matches.

Chiefs were leading the league‚ with Sundowns second‚ when the season was suspended on March 16 due to the coronavirus.