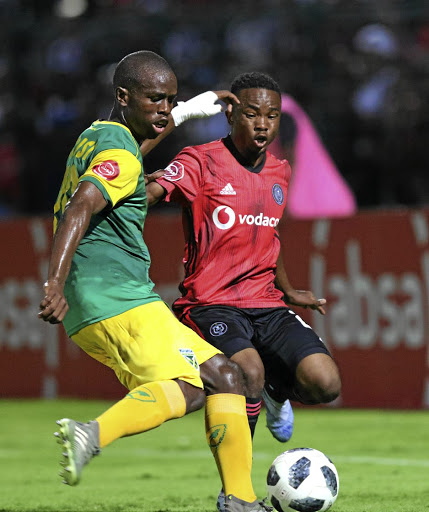 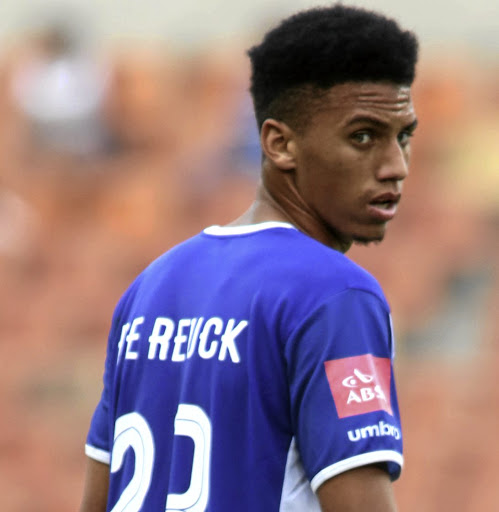 Despite having also been tipped by many as one of the potential Defender of the Season candidate, Golden Arrows' Nkosinathi Sibisi feels Rushine de Reuck of Maritzburg United is head and shoulders above all defenders touted as hopefuls.

Before the current season was forced to an unprecedented suspension due to the outbreak of the novel coronavirus in March, Sibisi was in blistering form.

He played a pivotal role in aiding Arrows occupy the seventh spot on the log.

Against Arrows, the aforementioned trio, who top the scoring charts with 14 and 11 goals (as Grobler and Nurkovic are level), respectively, couldn't find the back of the net, and that was mainly because of Sibisi's unrivalled tactical discipline and his solidness at the Abafana Bes'thende rearguard.

"To be honest, I was not seeing that I am having a good season, it's the plaudits from other people that have made me realise that.

"For people to think I deserve to be nominated, it means a lot ... it shows that I have worked hard," Sibisi told Sowetan.

"However, I would pick Rushine. He has been more consistent than most of us. Guys like [Mulomowandau] Mathoho, [Daniel] Cardoso and [Motjeka] Madisha as well must be there among the challengers. If I can win it I would be happy, but if it doesn't happen I will work even harder."

Before the suspension of the league, cryptic Arrows mentor Steve Komphela likened Bhodlela to Italian great Fabio Cannavaro, the last defender to win the prestigious Ballon d'Or in 2005.

"I was humbled to hear the coach praising me in that way. But I won't rest on my laurels ... there is still a long way to go.

I haven't won or achieved anything [in my career]," said the 24-year-old Sibisi.