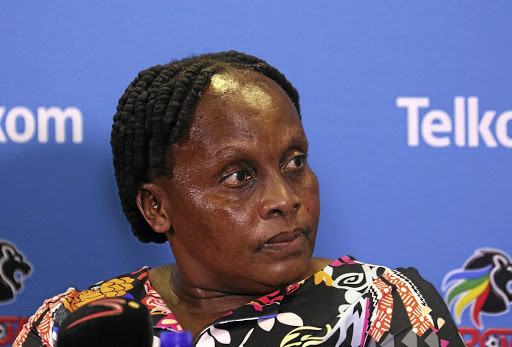 The PSL is set to hold an executive meeting today which among other things will look at the action-plan so that the season can be finished by July 31.

Fifa has extended the deadline for the 2019/20 season, which was supposed to end by June 30, by a month.

Today's meeting is expected to map a way forward and set time-lines of when teams can possibly return to training and when games can be played.

SA is currently on level 4 lockdown and football can only return under the lower levels.

PSL acting chief executive Mato Madlala, pictured, did not divulge too much about the details of the meeting, but said a number of issues would be discussed. "It's our normal meeting with a number of items on the agenda. So it's not like a special meeting about when the league will resume.

Players happy they can now jog in public

With the harsh lockdown having been relaxed, PSL players are now being allowed to do some road running as they try to keep as fit as possible with ...
Sport
1 year ago

"I am feeling like all South Africans who are in charge of corporate. It's tough and it is difficult times and we do not know what the future holds."

The PSL is in a race against time as it only has June and July to organise training camps and resume games, which include the remaining Absa Premiership and GladAfrica Championship league games, Nedbank Cup, promotion play-offs and MultiChoice Diski Challenge.

A club owner who spoke on condition of anonymity said the PSL cannot do much unless the government gives an indication of under which level can sport resume and when that level will be implemented.

"How can the PSL possibly plan if it doesn't know when games will be allowed to return? All the planning that is happening is without certainty at the moment," he said.

"... So we can only hope that the government can give a proper time-line of when football can return."