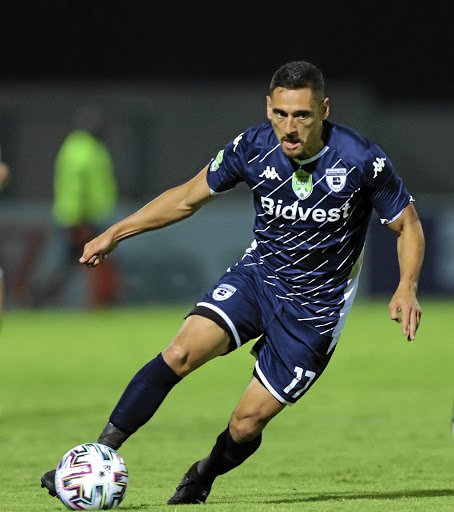 Cole Alexander says Bidvest Wits would have staged a dramatic comeback to clinch the Absa Premiership were it not for Covid-19.

Champions would have been crowned this weekend if the break hadn't forced teams into a lull since March, just days before Wits were to face leaders Kaizer Chiefs. Wits are 10 points behind Chiefs in sixth place with a game in hand.

Alexander believes they could have overtaken the team above them, especially as they had to play Chiefs and Orlando Pirates. "I think we were on a good run before the lockdown. We had some good momentum and had won our last few games [Wits had won two and drawn two of their last five matches]," Alexander said.

"We were doing well and we had two important matches coming up. We still had to play Chiefs [twice] and Pirates.

"It was crucial games and it could have decided a lot of things for us in terms of still wanting to win the league."

The title race was just starting to get more exciting, with Chiefs leading Sundowns by four points. Relegation was also to be confirmed this weekend. Polokwane City, Baroka and AmaZulu are tied on 23 points each in the relegation zone, while bottom-of-the- table Black Leopards are sitting with 20 points.

"We were looking forward to the battle just because we had started to get our players back from injuries before the lockdown," Polokwane coach Clinton Larsen said.

"We were hard hit by
injuries, but leading up to the lockdown all our players were coming back and it was a good thing for us because it was
going to be the first time since I arrived at the club that we would have all our players available for selection.

"We won three games and drew one. We picked up 10 points. We were looking to getting into our stride and picking up points."

Chippa United coach Rulani Mokwena says club boss Siviwe “Chippa” Mpengesi has backed him to the tilt since he joined the Eastern Cape side in March ...
Sport
1 year ago

AmaZulu utility player Michael Morton says the suspended Premier Soccer League (PSL) season must be played to its conclusion and it would not be fair ...
Sport
1 year ago
Next Article