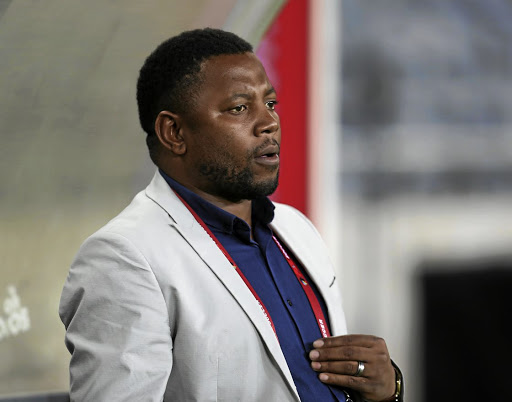 Some sporting codes and businesses have enforced pay cuts and others going as far as closing shop due to the novel Covid-19 pandemic.

However, the Chilli Boys staff and players have the comfort of knowing that come month end they will be receiving their full pay, according to Mzinzi.

"As the club we are still paying our players according to their contracts," he said.

"We are very fortunate to have the type of the chairman that we have but we don't know how long the lockdown will carry on.

"But as for now we are still fine with our players and our technical staff.

"We are still keeping all of them in Port Elizabeth and we are paying the cost of accommodation and other things.

I should be vying for top scorer award - Ruzaigh Gamildien

Having re-joined Chippa United from the second-tier outfit Steenberg United in the January transfer window, Ruzaigh Gamildien has made a bold ...
Sport
1 year ago

"We are waiting to hear from the PSL and hopefully it will be very soon."

The Chilli Boys are 12th on the log with 26 points - just three clear of the playoff zone.

Chippa are still hopeful they can finish in the top eight with the number of matches still to be played.

Asked what would be the most ideal position at the end of the season, Mzinzi said: "It's a difficult one. I think what most people are concerned about is the least of our problems in the PSL.

"Who gets the championship is the easiest part of the least important part. What is more difficult is down there with the clubs who are facing relegation.

"People who have spent their money the whole season. The club bosses in the NFD... those who hope to be promoted because there are better resources and support in the PSL.

"Also, the club that is down there (bottom of the table) you can't easily say that it must be relegated.

"However, I think all clubs have indicated they would like to finish their games and not have a stigma of being accused of being given the trophy for free or something was done in your favour to avoid relegation," Mzinzi said.