'Ace' Ncobo on the Safa presidency: 'I would have spent less than six months in that position' 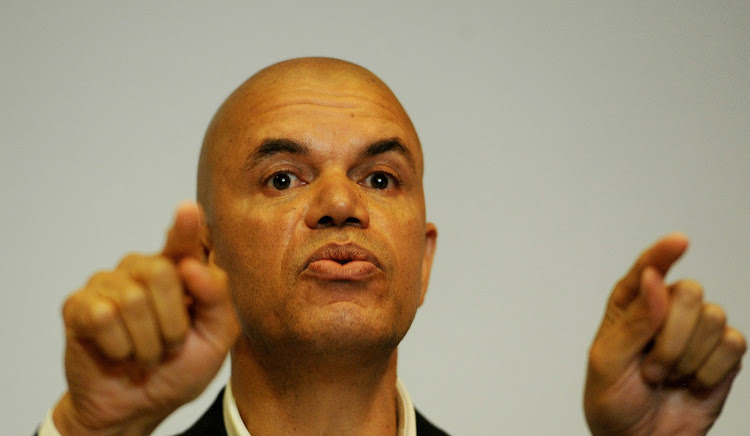 Former Premier Soccer League (PSL) referee and general manager Andile "Ace" Ncobo under his presidency the SA Football Association will have a national structure representative of the nive provinces and a national executive committee that has nine representatives from the provinces‚ plus one from the PSL‚ one from schools football and one from each of the other associate members.
Image: Gallo Images / Sowetan / Veli Nhlapo

Former referee Andile “Ace” Ncobo has said he would have completely changed the structure of the South African Football Association (Safa) to depoliticise its processes‚ and then stood down‚ had he succeeded in becoming president of the association in 2018.

Ncobo eventually did not stand in the elective congress against incumbent Danny Jordaan at Sandton Convention Centre in May 2018 after a mud-slinging campaign between the two‚ walking out claiming procedural irregularities.

Ncobo told TimesLIVE that his ambition had never been to become Safa president on a permanent basis‚ but rather to restructure the current elective and leadership structure of the Association and then stand down.

“I would have spent less than six months in that position‚” former Fifa panel referee Ncobo said.

“I’ve got to get the basics right. Because when you say‚ ‘You ran for president’‚ it’s not correct. I never did run.

“The only reason why I made myself the guinea pig was because from the outside there’s no way that you can speak as a voice of authority‚ but when you have an official candidacy you can then speak and say‚ ‘This or that is not right’.

“But in the end the interest to occupy what I believe should not exist in the manner that it does right now would have gone against my principles.”

Ncobo said he would have restructured Safa so that the administrative power lay entirely with the chief executive officer’s position‚ rendering the president’s office ceremonial.

“My belief is that elections should end at Local Football Association (LFA) level. And at LFA level elections are conducted by club representatives – they delegate to an LFA elective conference‚” he said.

“I wanted to introduce a model where that was as far as elections go.

“Take an example of my region‚ which is Amathole in the Eastern Cape‚ which has got six LFAs‚ because there are six local municipalities.

"That would mean the regional executive council would consist of each LFA executive. And the chairperson rotates each year.

“We have eight regions in the Eastern Cape province‚ which means the provincial committee would have eight representatives‚ which is the chairperson of each region.

"And the provincial chairpersonship would rotate amongst the regions.

“Ditto with the national structure‚ that you have nine provinces‚ and a national executive committee that has nine representatives from the provinces‚ plus one from the PSL‚ one from schools football and one from each of the other associate members.

“And you hand over 100 percent administrative authority to the CEO and his team.

“You depoliticise football completely. And we wouldn’t be having any of this nonsense that we are having if you were to follow that model.”