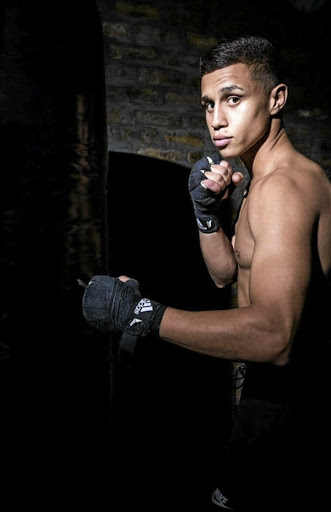 Reformed ex-convict Abdul-Aziz Kunert will take whatever it takes to shape up his life./ SUPLLIED

Reformed ex-convict Abdul-Aziz Kunert, whose wayward life landed him in jail for murder, says he will not succumb to any disruptions including the Covid-19 on his journey of becoming a clean citizen who earns money through boxing.

The 25-year-old emerging star boxer from Brooklyn in Cape Town, who was jailed for 12 years in 2014 after being found guilty of murder, has been clean since being paroled in 2017.

That was the year Kunert fought his first professional boxing match and he remains undefeated in 10 fights.

His consistency has earned him the No.3 ranking in Boxing SA's ratings in the featherweight division.

This means that he can challenge for the national title. But the Covid-19 pandemic has put everything on hold.

He has, however, not given up, and says he fully understands that the road to recovery will be long and thorny. "No one said it was going to be easy," Kunert said.

Our past should not really define who we are as human beings, especially if we happened to have been found on the wrong side of the law.
Sport
1 year ago

In what could well be interpreted by many as singing undeserved praises to the WBC Peter Ngatane has affirmed that the green and gold WBC belt is the ...
Sport
1 year ago

"I must stay focused; there is no sport activity and no work really, but I believe there is a reason for this.

"We need to stay safe and see another day. It's only God that we can rely on now."

Kunert said it is tough on his side financially since he is a full-time boxer whose only source of income is the ring.

"My trainer [Emille Brice] and other members of our team are supportive.

"They bring food parcels to all their boxers," said Kunert, whose boxing career began in jail at Drakenstein Correctional Centre, formerly Victor Verster prison, in the Western Cape.

He said he left school in 2010 and became a member of the Number 28 gang, which is one of the most-feared gangs in SA.

After his release, Kunert joined Elaine Kalekuzi, who guided him to five straight wins in pro boxing before joining Brice.