PSL to consider freezing promotion and relegation for a few seasons as a remedy to slash budgets? 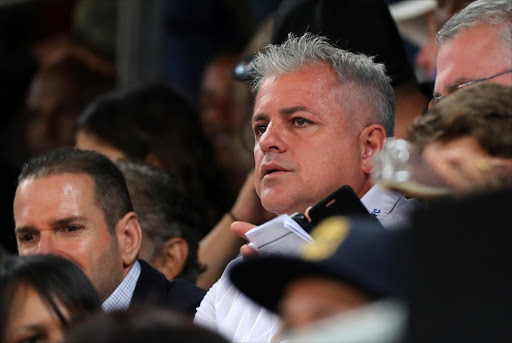 Cape Town City owner John Comitis has suggested that if the Premier Soccer League's (PSL) financial stability is dealt a crippling blow by the coronavirus then the league might consider freezing promotion and relegation for a few seasons as a drastic remedy for clubs to slash budgets.

Comitis told SowetanLIVE this could be done to “remove the fear factor”‚ and allow clubs to cut non-producing big-name players and field more affordable 18-year-olds.

Comitis has said that the PSL’s matches probably need to resume in some form by the end of May to avoid big financial losses.

In the pre and post-2010 World Cup era‚ South African football has been through an economic boom‚ and clubs’ budgets have grown exponentially.

Comitis said if the league does have a significant portion of its financial might reduced and clubs’ budgets are slashed as a result of the effects of the coronavirus pandemic there are areas of comfort where teams can cut back‚ but it will take hard decisions.

“As long as those [monthly] grants are coming in to the clubs‚ at least you can survive. If you’re very astute and run things very tightly‚ all the extras are going to have to go‚” Comitis told SowetanLIVE.

“Our players‚ coaches and technical staff come to training‚ and all have breakfast and lunch. All of these nice-to-haves are going to have to go.

“If you want to survive‚ put a team out‚ and there are no more squads of 30‚ you have to trim them down to 23.

“The guys who are demanding big salaries‚ you’re going to have to say ‘I can’t’‚ and say ‘no’.

“There’s a lot of aspects of football where we squander. It’s a fear factor. You don’t want to be in relegation and you get this player‚ get a big name and sometimes you end up paying the price for it.

“I can tell you every club has got four or five big hitters who haven’t delivered this season. And now the first thing everybody’s thinking is‚ ‘How do I get out of this?’

“So there are sustainable things that we can do. But they’re a little bit … you need to have a strong will to get through it.

“If we get to the point where we have serious revenue problems we’re going to possibly have to freeze relegation and promotion for a few seasons.

“So that will balance the books‚ in a way. But that’s a bold decision and it’s not necessarily the right one‚ but I’m just thinking out loud here.”

Comitis said clubs might also have to increasingly turn to more affordable‚ committed and hungry players from the continent.

A salary cap for the PSL might be another offshoot consequence of the coronavirus.