Chippa coach Mokwena: 'People will think that I am copying everything that Mourinho does' 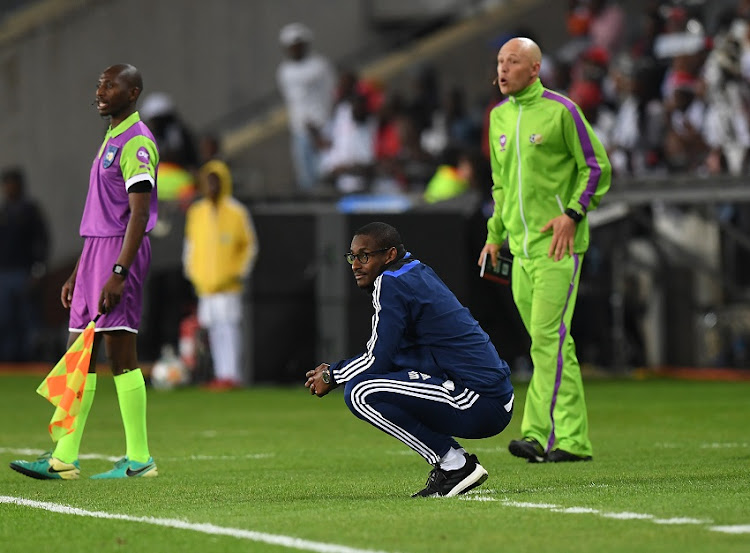 Though he would have preferred to be in the dugout and focused on plotting the downfall of his opponents in the premiership‚ Chippa United coach Rulani Mokwena is not complaining and using the time under lockdown to get to know his new employers better.

Sport was suspended across the globe last month due to the Covid-19 pandemic and after South Africa came under a nationwide lockdown on March 27‚ Mokwena decided to familiarise himself with his new surroundings after arriving in Port Elizabeth a couple of weeks earlier.

He told SowetanLIVE that this period has allowed him and the technical to know the team better.

“It has given us time to study all the Chippa United games from the beginning of the season‚"he said.

"We have studied all the players and their data‚ we have done one-on-ones with them and told them about their contributions to the club.

"Now we are working on analysing the opposition‚ we are preparing for the remaining six games (in the season that was suspended in March).

"There is still a bit to be done but we are doing our homework.”

Mokwena revealed that he is staying with the members of his technical team in a ‘football mad house’.

“We are staying together and it’s a football mad house‚" he said.

"We are are watching seminars and we are learning different things from top coaches around the world. We are studying Chippa United and we are trying to find new ways in terms of using technology.

"We have a resistant culture in terms of application and the use of technology in football. Even the most old school type of coaches will start to understand that there is a role that technology can play in football.

“I read the other day and I was laughing that Jose Mourinho is quarantined and he is renting a house in London with his technical team.

"I said 'my goodness‚ people will think that I am copying everything that Mourinho does.'

"We moved into an apartment and every day we are grinding. There is high work ethic and we are working overtime to make sure that we leave no stone unturned.”

Mokwena has been in charge of only one match since his arrival and guided his new charges to a workmanlike 0-0 draw away to Bidvest Wits to leave the Eastern Cape side five places from the bottom.

The lockdown may have prevented him from getting another chance to test his players on the field of play but the inactivity has done very little to dampen his enthusiasm for the sport he loves.

“To tell you the truth this is my normal life anyway‚ I work for football‚" he said.

"I hardly sleep and my doctor doesn’t like that because I go against his orders to get more rest and relax.

"Even my girlfriend doesn’t like it when I don’t rest and sleep‚ but the reality is that we are obsessed with the game and we try by all means to find different approaches.

"This period has been extremely helpful with regards to that and apart from reading an odd book here and there‚ I spend most of my time on football.

"I am always thinking about how to improve the team and finding new ways of working. I would like to have that switch that would allow me to switch off from football.”