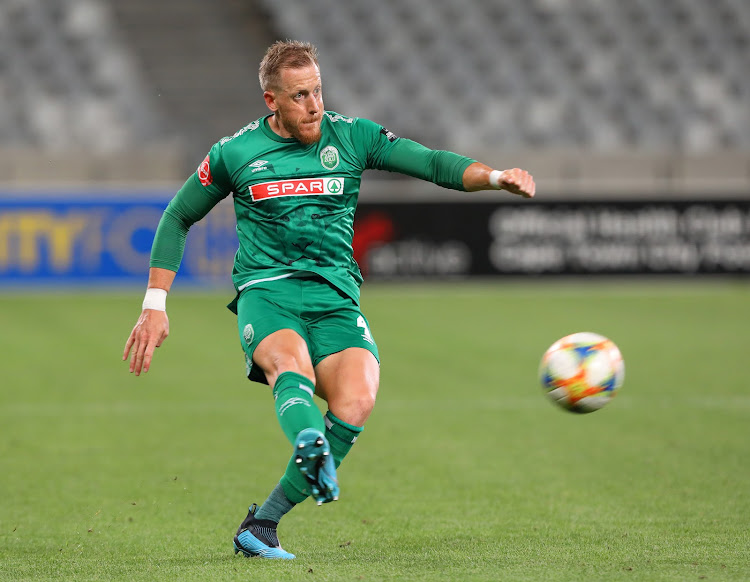 Michael Morton believes it is only fair that the Premier Soccer League season is completed but said only if the Covid-19 crisis shows signs of slowing down.
Image: Carl Fourie/Gallo Images

AmaZulu utility player Michael Morton says the suspended Premier Soccer League (PSL) season must be played to its conclusion and it would not be fair to declare it null and void due to the Covid-19 pandemic.

Sport was suspended across the globe in response to the outbreak in March and while struggling AmaZulu were second from the bottom of the Absa Premiership at the time‚ Morton would be swayed to join the bandwagon of those who have suggested that Premiership leaders Kaizer Chiefs should be awarded the league title and two lower tier sides handed promotion to the topflight.

“I think in fairness for all parties involved‚ as long as the lockdown doesn’t drag for too long‚ then I don’t think there’s a reason why we can’t finish the season‚” he said.

“Obviously there are a lot of teams who’ve worked hard trying to win the league or whatever up to now. So to just stop or cancel it now‚ I don’t think it’s fair.”

The lockdown could not have come at a worse time for AmaZulu as they appeared to be on the brink of turning their season around after beating leaders Chiefs in a shock away win at FNB Stadium that sent a massive electrical jolt up the Premiership standing.

It was former AmaZulu's former striker Ayanda Dlamini's first match as a caretaker coach after taking over from Slovakian Jozef Vukusic.

The win against Chiefs was the Durban side's sixth in 24 league games and the unexpected result came after two successive narrow defeats against Chippa United (1-0) and neighbours Lamontville Golden Arrows (2-1)‚ defeats that led to Vukusic's suspension by the club with just six matches remaining in their season.

Morton said those who are suggesting the complete scrapping of the season have not considered the implications of such a decision.

“So you can’t just ask the guys at the bottom of the league to forget about this season because the guys down at the bottom (Black Leopards) will prefer the things to start again‚” he argued.

“So that’s obviously can’t be in favour of everybody‚ but I do understand that the PSL has spoken in the last couple of years about extending the league to 18 teams.

“We just don’t know the financial implications of that as well. So‚ I’m not 100 percent sure what would be the most viable option.”

Morton‚ who turns 32 on May 7‚ reflected on the devastating impact that the coronavirus has had across the globe.

“Obviously no one expected this to be honest.

"Things have escalated to a point where you ask yourself ‘what does professional sport mean in the greatest scheme of things’‚” he said.

“So yes we were disappointed when football had to stop but I think that means absolutely nothing compared to people losing their lives.

“It’s disappointing but at the same time the fact that we managing to flatten the curve and keep people safe is the main priority.

"(We) can be proud of the way South Africans have reacted to the lockdown compared to other countries.

The former Orlando Pirates‚ Bidvest Wits and SuperSport United player was certain that Chiefs would also like to see the season played to its conclusion.

“No I don’t think you can (cancel the season) because as long there’s another team who can mathematically win the league‚ then I don’t think it’s fair for anyone really‚” said Morton.

“As long as it’s mathematically possible for someone to win it‚ then it’s not fair at all.

“I don’t think you can just award to whoever is at the lead at the time. I mean we all know football and what can happen in six games is incredible.

“So definitely you can’t decide the league based on where the guys are currently standing.

“If Chiefs had a mathematical chance and had secured the league already‚ then I would have no problem saying that they must be given the trophy.

“But as long as Sundowns and other teams (Pirates‚ SuperSport and Wits) all have a chance of winning the league‚ then I’m sure they’ll have a different opinion.”

Morton won the Telkom Knockout and two Nedbank Cup trophies during his time at SuperSport.