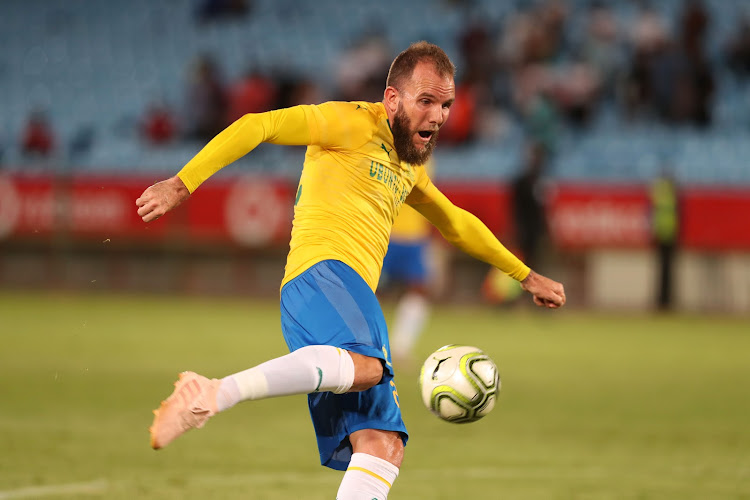 The New Zealand striker Jeremy Brockie has always maintained that his future is in the hands of Mamelodi Sundowns.
Image: Gavin Barker/BackpagePix

Mamelodi Sundowns coach Pitso Mosimane has revealed that striker Jeremy Brockie's future at the club will be discussed closer to the end of the season.

The 32-year-old New Zealander is on loan at Maritzburg United and while he hopes to get another opportunity to play for Sudowns‚ his dream hinges on the club exercising their option to extend his contract when it comes to an end next month.

Mosimane told TimesLIVE that they are yet to make a decision on the player's future.

“We haven’t decided to be honest‚ it is one of those late decisions‚” said Mosimane.

“We have to decide with the whole technical team and the management. At the moment we are a little bit worried about the ones we want to bring in because they’ll sign with other people.

"If they don’t release the player‚ in December we can sign him for free.”

Brockie joined Sundowns from SuperSport United in 2018 amid much fanfare but struggled to replicate his form in front of goals at Chloorkop.

The Brazilians sent him out on loan to Maritzburg in September last year.

The striker never set the stage alight at Chloorkop and his struggles and persistent injures to attackers Ali Meza‚ Phakamani Mahlambi and Mauricio Affonso‚ Mosimane turned to attacking midfielders Sibusiso Vilakazi‚ Themba Zwane‚ Gaston Sirino and Lebohang Maboe in the search for goals.

To try and balance his team between the rearguard and attack‚ Mosimane at times converted right fullback Thapelo Morena into a striker to varying success.

Brockie told TimesLIVE last week that he has ambitions of returning to his former club as he has unfinished business at Sundowns.

"Sundowns have an option and it is up to them whether they extend or decline at the end of May.

“This is my last year but there are still two one-year options.

"(Sundowns) have the option to extend at the end of May.

"If they extend I will go back there and get my second chance‚ but it’s a wait and see situation at the moment.

"They have a good bunch of boys in the change room‚ I won league titles there but the small part is my contribution and I still want to do that.”