Sundowns' Ngcongca to Percy Tau: find a permanent club to be a success in Europe 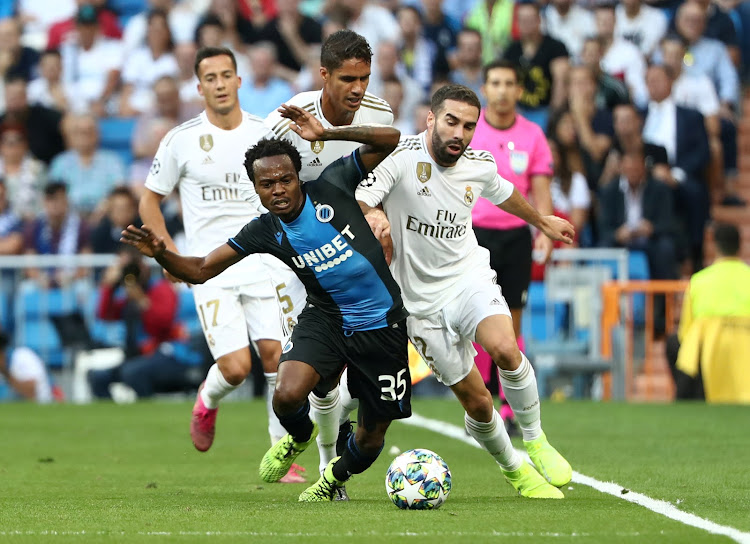 Percy Tau is a little bit behind his teammates in terms of fitness ahead of the second round of the Belgian league season.
Image: REUTERS/Jon Nazca

There are a number of factors making it difficult for Percy Tau at Club Brugge‚ says once Belgian-based ex-Mamelodi Sundowns teammate Anele Ngcongca‚ including the Bafana Bafana star constantly being loaned to clubs.

Ngcongca has advised Tau that if he can find a way to end his ownership by English Premier League club Brighton & Hove Albion‚ and find a permanent team‚ that could help his career in Europe.

Ngcongca (32) – who played with great success in Belgium for Genk‚ including a league title and two Belgian Cup medals – also said Brugge are a big team in that country. He had hoped Tau would have signed for a more medium-sized club like Genk‚ who Ngcongca said asked him about his Downs teammate on a few occasions.

Tau was player of the season in the Belgian second division for Royal Union St Gilloise on loan from Brighton last season. He started on fire for Brugge in the top-flight‚ but faded noticeably as the club seemed to clinch the Jupiler Pro League title in a season cut short by the coronavirus – though that decision is still in dispute.

“I said when he went to Brugge that it was going to be difficult for him‚" Ngcongca said.

“As much I know him very well as a good player‚ he works very hard‚ a very humble boy‚ every time he goes to the national team he will have a problem to get back into the team at Brugge.

“If you look at Simon Mignolet‚ the goalkeeper of Brugge who was at Liverpool‚ it tells a story that they’ve got quality.

“Percy is used to Sundowns‚ or his second division team – which was a league that I said before was way too easy for him – where he could come back with an injury and walk straight back in.

“The advice I would have given is simple. I don’t know if he’s staying‚ but for me‚ I wanted Percy to go to Genk. Because that’s what I heard before.

“I got so many calls from the director of Genk. And the person who wanted Percy was Philippe Clement [then coach at Genk‚ now Tau’s coach at Brugge].

“I said before he left to join Brighton - and I'm not a negative person‚ but I say what I feel - that yes‚ it was a good move‚ but was he going to go back and play for Brighton?

“The they send him on loan after loan. It's disturbing his career‚ of course.”

Ngcongca said for Tau it is even more difficult because European clubs expect forwards to produce goals or assists‚ and have players who can come in and do that.

He said for Tau there might have been some culture shock at Brugge too‚ because he is used to playing. He said if Tau got down about not playing‚ the club would have noticed and not been impressed.

He said Tau needs to “look in the mirror” and remind himself that his first few months at Brugge showed he has the ability‚ and to try to restore himself mentally and in confidence to rediscover that form. “And I know he’s got the big heart to come back.”