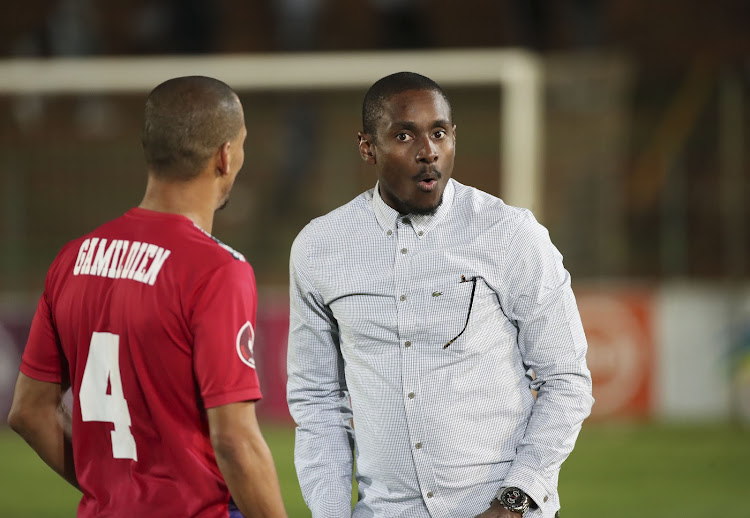 There is no chance of Chippa United coach Rulani Mokwena holding back should the opportunity to face former employers Orlando Pirates on the pitch come his way.

Mokwena joined the Eastern Cape side in the beginning of March and given his long association with Pirates‚ the nation's soccer lovers can be forgiven for salivating at the prospect of seeing what he can do from the opposing dugout.

But the possibility of this happening remains remote as the moment as Chippa and Pirates had already played their two league games of this season when football was suspended in march due to the coronavirus pandemic.

There is also no possibility of the two sides meeting in the still to be completed Nedbank Cup as they were both knocked out in the previous rounds.

And given that Mokwena's agreement with Chippa is until the end of the season‚ it remains to be seen if he will still be in the Eastern Cape after this campaign.

“It has to be business as usual and I would remain steadfast in my preparations and be fully focused‚” he said.

“Whenever the times comes‚ I am gonna have to be as professional as possible.

"Unfortunately I had the experience of playing against Mamelodi Sundowns when I was with Pirates and Sundowns is a club that I am still emotionally attached to.

“I had to be extremely focused on my job and be professional because as coaches we just have to serve our current employers.

"You can’t let loyalties and emotions get in the way of focusing on the job at hand.”

Mokwena coached Pirates in a caretaker capacity between August and December last year after the sudden departure of Milutin Sredojevic but struggled to get consistent results.

He left Pirates shortly after the arrival Josef Zinnbauer in the beginning of the year and after some time in the wilderness‚ the young mentor joined Chippa in March where he has been tasked with saving them from relegation. Mokwena still has friends at Pirates and he said he would have no extra motivation to beat them to prove a point.

“I still have a lot of friends at Pirates‚" he said.

"I have close relations with the players and the chairman (Dr Irvin Khoza) himself.

"So‚ it would be just business as usual and there would be no extra motivation on my part to beat them. The motivation would be for my team playing with intensity and endurance.

"That would be the drive to keep us going from beginning to end. My motivation‚ I would like to believe‚ has always been consistent.”

Mokwena said he has been hard at work and putting systems in place in the few weeks that he has been in the Eastern Cape.

“We have secured a partnership with the Nelson Mandela University and I believe that will help the team in the long run‚" he said.

"We will have access to top class facilities and they are going to give us scientific support.

"We have also set up partnerships with the MEC for Sport in the Eastern Cape to reach other areas of the province and look for talent.

"A team like Chippa United must give opportunities to talented players from this province. We are keeping the players fit through the use of technology but there is a lot of work to be done going forward.”