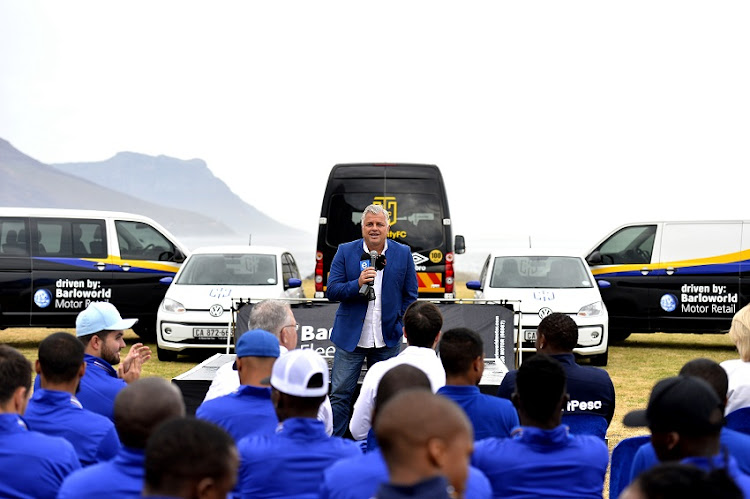 Cape Town City chairman John Comitis says the club’s players and technical staff will have to take a 20 percent pay cut if there is no resumption of football in May.

Comitis told TimesLIVE that as South Africa’s national lockdown continues to April 30, and perhaps beyond, City have committed to paying full salaries for this month, but have informed players and staff that if there is no resumption of football in May they will have to take the pay cut.

The City boss said they will pay full salaries this month, then review the situation based on a potential return of football, whether behind closed doors or in a tournament format with teams quarantined at one venue.

“We all have to act responsibly to try and get everybody to be able to at least put food on the table.

“We’ve undertaken to pay full salaries in April with a clear understanding that if there’s no football return next month there have to be some drastic changes.

“Over and above that, if we do return there would still be some percentage cut across the board, including the players.

“I’ve had these consultations with the staff already. I think they’ve all understood the position we are in. I also don’t want to let everybody get caught 10 days before pay not being able to make arrangements.

“So we’ve given them a month’s breather to sort out their lives by the end of next month. By then I can tell you there are definitely going to be drastic changes.”

Comitis said City’s challenges were  heightened after sponsors, SportPesa, have indicated to the club that they would not be able to fulfill their financial commitment for the remainder of the 2019-20 season, though the betting company also had other financial challenges before the outbreak of the coronavirus in South Africa.

The South African Football Players Union (Safpu) said this week premiership side  AmaZulu were the only PSL club the union was aware of to have informed players of salary cuts as the lockdown starts to bite at professional football.

AmaZulu’s players were reportedly informed by the club they will not receive their full salaries this month‚ and Safpu will be representing them in the matter‚ the union has said.

City were in 10th place when the Absa Premiership was suspended on March 16.