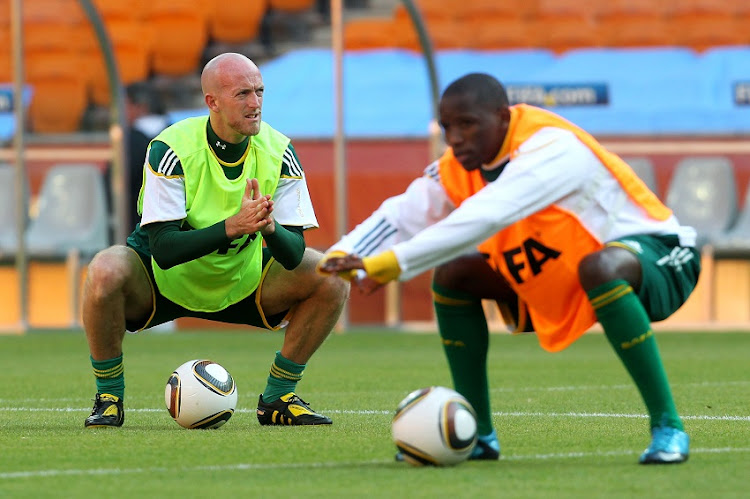 Former Bafana Bafana star Matthew Booth has said he was planning to take a coaching course in Windhoek‚ Namibia this year because he became so fed up with having to chase around the SA Football Association (Safa) on information on their programme.

Once they resumed‚ Booth said he struggled to get information from Safa on how to resume his course.

He has chosen to begin a Uefa course in Windhoek‚ scheduled for June‚ though now postponed due to the coronavirus pandemic.

Booth said the course is more expensive‚ plus there is an added cost of two trips with accommodation to Namibia.

“I did my Caf D licence about three years ago‚ and Safa halted everything‚” Booth said.

“Apparently Caf was trying to negotiate with Uefa to make the Caf license equal to the Uefa one‚ and this has taken a number of years.

“Safa stopped all Caf A‚ B and C licence courses while that happened. Recently they’ve just resumed and I’ve tried to get on the list.

“But I’m tired of having to chase people‚ almost as if you’re asking for favours when in actual fact it should be a natural progression.

“I don’t want anyone to pay for me or anything like that. All I want is information on it. I’m fed up at chasing people around and asking them to have to do me favours‚ with my cap in hand.

“I feel that ex-pros should have been put on some sort of a database‚ and given the opportunity to do administration and coaching licences and stuff like that. But that hasn’t happened.

“So I was planning to go and do my Uefa C in Windhoek in June. Which is‚ can you believe it‚ a local course run by the Scottish FA. They were actually doing it in South Africa‚ but then they got chased out.

“There were a number of SA ex-players keen on going. It’s quite a bit more expensive than the Caf licence but at least its better‚ because you can’t work in Europe with the Caf licence.

“It has been something on my mind not only for the coaching but also for the punditry [on TV for SuperSport].”

Booth said he has not completely made up his mind yet if he wants to be a coach.

“I’m kind of sitting on the fence at the moment about coaching‚ and I also need to be prepared for it. I got an offer from an NFD club out of the blue‚ and I had to explain to them that I wasn’t qualified for the job.

“Funny enough the owner said to me‚ ‘No‚ don’t worry‚ I know the business myself – I would be able to guide you’. And there and then I realised what a lot of coaches have to put up with.