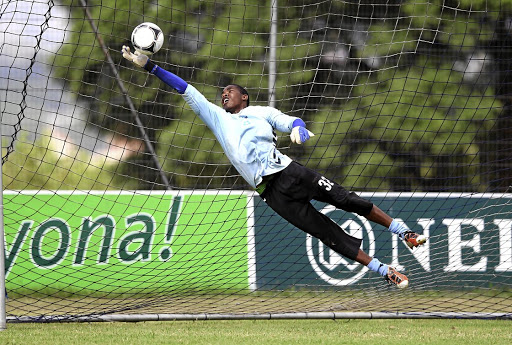 It took Chippa United goalkeeper Mlungisi Mazibuko six years to break back into the top flight football after parting ways with Maritzburg United in 2013.

Now back in the PSL, Mazibuko says he is patiently waiting for his time to shine at Chippa.

It has been an emotional roller-coaster ride filled with disappointment for the 27-year-old shot-stopper since leaving the Team of Choice.

He said his teammate Veli Mothwa's journey with Chippa has given him hope.

Mothwa spent five years with the Chilli Boys before getting regular game time.

"I think when I was with Maritzburg I was still young and not ready to play on this stage, but now I am ready," Mazibuko said.

"When you are a goalkeeper you have to be patient.

"When an opportunity comes for me to play, I will grab it with both hands like Mothwa has done."

Chippa United midfielder Meshack Maphangule says he had no reservations about reuniting with coach Rulani Mokwena after things didn't work out for ...
Sport
1 year ago

Mazibuko joined Maritzburg's development team in 2011 and two years later, at the age of 19, was promoted to the first team.

He has been back and forth between the ABC Motsepe League and the GladAfrica Championship after losing his contract in 2103.

He even had thoughts of leaving the sport, but he finally got his big break last year when he joined the Chilli Boys as the third-choice goalkeeper.

After leaving Maritzburg, he joined Mthatha Bucks who were in the ABC Motsepe League at the time.

"I had never played for the lower divisions, so it wasn't easy for me to play in the ABC Motsepe, but I had to adjust," Mazibuko said.

"I used Mthatha Bucks as a tool to bounce back into the game. I enjoyed regular game time which I did not get at Maritzburg."

Sekotlong hopes to put down roots at Chippa

Experienced forward Thokozani Sekotlong hopes to enjoy some stability in his career now that he has joined Chippa United.
Sport
1 year ago

During his stay at Bucks, the goalkeeper was instrumental in helping them gain NFD promotion for the following season.

However, he was sidelined and was not awarded an NFD contract by the Mthatha club.

"After Mthatha Bucks, I went back home and was without a team for months.

"I was so heartbroken and disappointed with what happened at Bucks to a point where I even had thoughts of quitting football and seeking employment because I had given up on the sport.

"What happened at Bucks really traumatised me."

Mazibuko said it was Real Kings who saved his career, though it took him two months to make up his mind on whether to join the team or not.

"While at home, I got a call-up from Real Kings who were playing in the ABC Motsepe at the time. I joined the team in 2016 and that season we gained promotion to NFD."