Orlando Pirates' Floyd Mbele: 'How can you even line up signings for next season?' 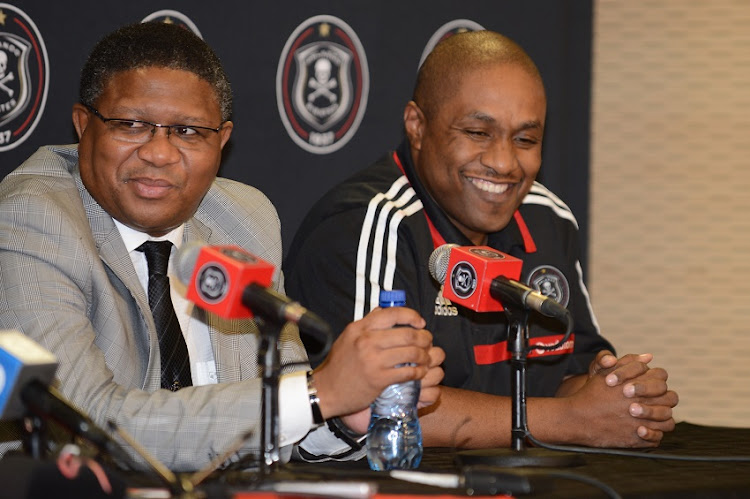 Even South Africa’s big three clubs are going to have to be creative in their response to the effects of coronavirus pandemic on football and to the coming transfer market‚ whenever that is‚ Orlando Pirates administrative officer Floyd Mbele has said.

The 2019-20 season is currently in limbo and uncertain to finish at all due to the national lockdown‚ and the Premier Soccer League (PSL) and professional football face the prospect of bleeding money as a consequence.

Mbele said‚ given that situation‚ contract negotiations with current players and lining up signings for next season‚ have been put shelved for now.

“Everything is difficult – it’s not just about contracts. The problem is that we are in a state of uncertainty‚” Mbele told SowetanLIVE.

“Nobody knows. This is not just football – this is just generally life in South Africa and sport in particular. To the extent that we are able to understand what the impact is nobody can be able to plan.

“Everything is on hold. How can you even line up signings for next season? Because you don’t know the person who you are looking for.

“You can’t do anything. That’s why I’m saying‚ forget about looking at other people to sign – can you even look at your own players?

“Of the players that we have will they all be safe and sound and ready to come back.

“I think that is the basis of starting these conversations to say that before you even go looking outside‚ you need to be able to look within.

“Also‚ financially are clubs going to be in a position to look for players outside given the financial challenges that this might present?

“So it’s not the easiest thing to want to plan around because nobody knows what to expect.”

Bucs do have a big squad of just over 30 players as a result of their Caf Champions League ambitions in 2019-20‚ even if those never materialised as coach Milutin Sredojevic’s bombshell departure three games in to the season was soon followed by a preliminary round exit to Green Eagles of Zambia.

This also gives Pirates some wiggle room with who to keep in the next transfer window‚ whenever that might be.

However much depends on whether Bucs qualify for the Champions League again‚ and that depends on the season resuming. If they do not‚ then if anything Bucs might be looking at who they can release.

“And who can you improvise and change into different positions?” Mbele added. “You are going to have to be creative beyond that‚ because it’s not business as usual.”

Pirates were in fourth place‚ eight points behind leaders Kaizer Chiefs but having played a game more (23) when then Absa Premiership was suspended on March 16.