Sekotlong hopes to put down roots at Chippa 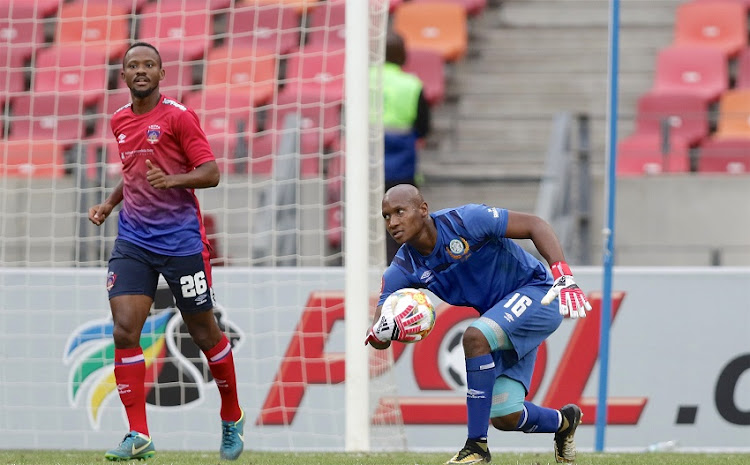 Experienced forward Thokozani Sekotlong hopes to enjoy some stability in his career now that he has joined Chippa United.

The 28-year-old striker has played for a number of teams in the Absa Premiership, including Mamelodi Sundowns, Black Leopards, Maritzburg United and Free State Stars.

He also played in second-tier for Cape Town All Stars.

However, the striker hopes to have a longer and more meaningful stay at the Port Elizabeth-based Chippa United.

"My journey in the PSL has been pretty interesting but fruitful," Sekotlong said.

"I have had my ups and downs and I guess that comes with football because there was a stage that I was with Sundowns, one of the biggest teams at the moment.

With the January transfer window at its halfway mark, only nine teams have been active in the market. Gomolemo Motshwane looks at some of transfers ...
Sport
1 year ago

"I've had a good journey and I have learnt a lot, living in different cities. But obviously it's not something one would wish for. As a footballer, you want stability at a certain stage in your life.

"That's the ideal dream of any footballer to be in a good team and be there for a long time because you are stable.

"I have not yet had that luxury and I hope Chippa will be that team," he said.

Sekotlong joined the Chilli Boys in January after spending the first half of the season without a team.

He has made only six appearances for the Chilli Boys.

"I haven't really got much game time as I would like in order to make a big impact. With more game time I will achieve that because I know what I am capable of.

"I believe that Chippa has so much potential and I am at a really good team.

"I believe the coach that is there right now can take the team to another level."

Chippa United have begun to beef up their squad during the January transfer window‚ the Eastern Cape side signing former Mamelodi Sundowns attacker ...
Sport
1 year ago

Mamelodi Sundowns have raised the stakes in their quest to capture wantaway Kaizer Chiefs star Khama Billiat and tabled an initial offer of between ...
Sport
2 years ago

Mamelodi Sundowns have raised the stakes in their quest to capture wantaway Kaizer Chiefs star Khama Billiat and tabled an initial offer of between ...
Sport
2 years ago
Next Article