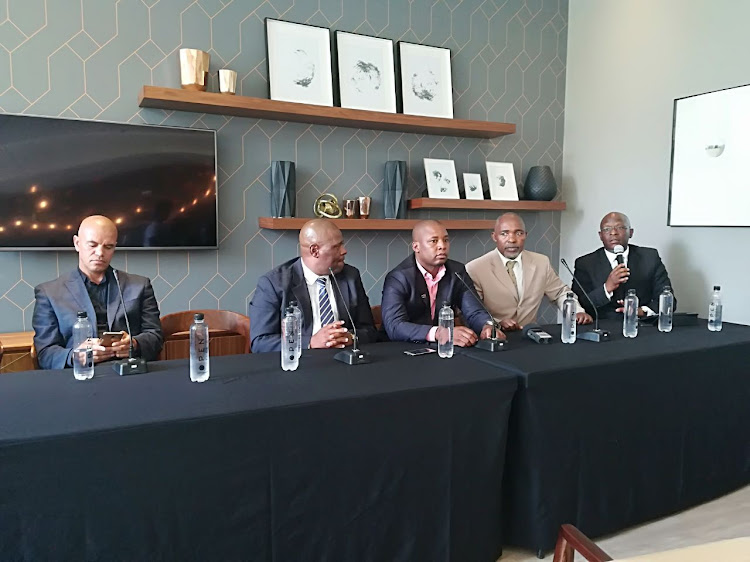 Andile “Ace” Ncobo has said he no longer harbours political ambitions‚ saying that his failed SA Football Association presidency bid in 2018 achieved its ambition of shining a light on how Safa’s constitution has been "butchered”‚ the ex-referee alleged.

Ncobo alleged that constitutional amendments have been made to favour incumbent Danny Jordaan retaining the presidency.

Former referee Ncobo had run a campaign to contest the Safa presidency against Jordaan‚ but walked out of the elective congress at Sandton Convention Centre on May 26‚ 2018‚ after a failed attempt to have the congress halted as he alleged various Safa statutes had not been obeyed. Ncobo even claimed to have been threatened by some delegates.

That left Jordaan to win 236 of the 246 votes‚ bringing to an end what had been a mud-slinging presidential battle. Several prospective candidates‚ including former Bafana Bafana captain Lucas Radebe and ex-Safa vice president Chief Mwelo Nonkonyana‚ had been eliminated on grounds of not being Safa members‚ even at Local Football Association (LFA) level.

Ncobo was asked if he regretted having embroiled himself in such a dirty affair‚ where it was unclear who had their fingers burnt or reputations tarnished most‚ and if he still had political ambitions in football.

“For me‚ I think the project objective was achieved. And the objective was merely to highlight what was wrong‚” Ncobo told SowetanLIVE.

“And that is the fact that the constitution has been butchered so many times over the years to suit just one person – Danny Jordaan.

“Everything that has been done in butchering the Safa constitution was done to protect him from any challenge whatsoever. So for me it was a case of saying that we can’t take our football into the future if these things are still happening.

“And I think I achieved that. People became more educated about what was wrong with Safa during that period. And I don’t think they have forgotten what we unearthed.”

Ncobo was asked to expand on how he alleges the constitution has been skewed in favour of Jordaan.

“There were issues‚ besides the fact that effectively almost everybody who could stand against him was declared as a person that was not part of the football family‚” he said.

“I mean‚ if you’ve got people like ‘Rhuu’ [Radebe] being referred to as outsiders in football‚ then it means there’s something wrong with the basics of your constitution.

“But more importantly the unconstitutional activity relates to the election process itself.

“At the time the issue was around the electoral committee [being unconstitutionally appointed] because there are certain timeframes that must be observed. There must be a special congress and a special process of doing that.

“Also there is the clause that requires that every single candidate‚ not just for president‚ for any position on the executive‚ should be properly vetted. That was never done.

“There was even a member of the executive from the Western Cape‚ who used to be in the police force‚ who served a year for fraud and corruption. He was part of the candidate list.

“And I stood up at the congress and spoke to the chairperson of the so-called election committee to ask him if he was happy that they had conducted the due process of vetting. He said‚ ‘Yes’. But I said‚ ‘How do you include my name as Ace Ncobo and yet you have not vetted me?’

“That’s how they butchered the constitution to fit what Danny wanted to fit.”

Ncobo said the ruling on only Safa members being eligible to run for president was in the constitution in 2018‚ “but it was not always there”. He could not confirm exactly when that amendment was made.

Jordaan was reached for reaction‚ but responded that he did not want to comment or be quoted in the story in any manner.