'Leopards won't cut pay but it's hard for the club' 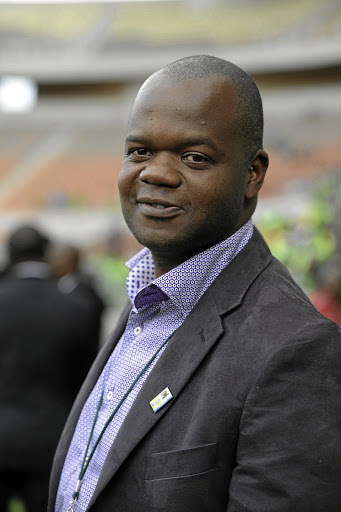 Black Leopards can only cut the salary of their players if the Premier Soccer League (PSL) says so to all the teams during the ongoing Covid-19 pandemic break.

Expectations are that clubs such as Leopards who don't have sponsors would suffer should coronavirus crisis be prolonged. But according to Leopards general manager Tshifhiwa "Chief" Thidiela, the club is not in panic mode.

Lidoda Duvha will be able to pay their players during the break but predict a bleak future.

"The PSL must decide the way forward (regarding salaries). We are fortunate because PSL is run by a board of governors," Thidiela said.

"You need the majority saying how we need to handle the situation and that's the direction we will have to go as a unit."

With the PSL continuing to pay their monthly grants at least until June, Thidiela added they will continue to make sure their players are paid even if it means they have to dig deep in their pockets.

"These are what teams are used to, they need to dig deep in their pockets so that players are paid," Thidiela continued.

"But it is going to get worse and now everybody needs to sacrifice something somehow. If no money is coming in ... how are we going to have money going out?"

Thidiela added that teams are not making profits and that it becomes difficult for teams who don't have a sponsor to cope.

"Everyone around gets their return except the team owners or the investors in the team because players will get paid."

Coach Dan Malesela has revealed that he came close to joining Premiership side Black Leopards last month but the negotiations broke down.
Sport
1 year ago

A soccer player in Polokwane says he is close to breaking point as his salary has not been paid since last year.
Sport
1 year ago

Black Leopards coach Alan Clark says he would not have taken the job if he did not believe he could save the Limpopo team from relegation.
Sport
1 year ago
Next Article