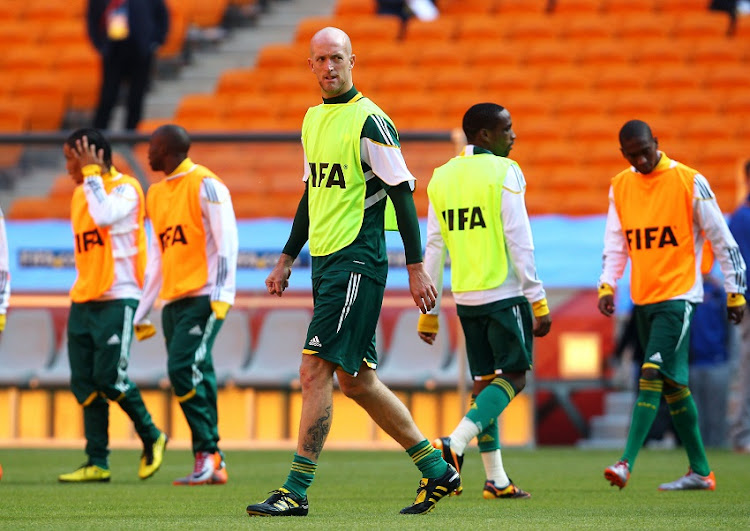 Booth said the partnership has left a tangible footprint on South African football.

There have been reports for years – since an ugly ownership battle that saw current chairman Ari Efstathiou wrest control from previous life chairman John Comitis in 2013‚ and Ajax Cape Town’s relegation from the Premier Soccer League in 2017-18 – of the Amsterdam mother club considering pulling out.

Ajax Amsterdam launched Ajax Cape Town with Seven Stars owner Rob Moore and Cape Town Spurs owner Comitis in 1999‚ with an academy styled on the famous one of the Dutch giants. The club has continually produced talent for Bafana Bafana‚ and challenged for trophies.

Booth‚ who played for Ajax Cape Town from 2011 to 2013‚ said he would understand if Ajax Amsterdam wanted to call it a day on the project.

“If they do it wouldn’t surprise me if you consider that both initial roleplayers in Rob Moore and John Comitis are no longer in the picture now‚” Booth said.

“But also‚ the balance that Ajax had to keep in terms of the coaching personnel was always going to be a tricky situation because you can’t really foist an outsider upon somebody.

“And you just have to take‚ for example‚ the last Dutch coach [Ulderink] and what happened with Hans Vonk.

“It’s always a difficult balancing act. Especially when egos and personalities are involved.

“I do feel that when a foreign coach comes here‚ and comes just for money and p-ses off without leaving any improvement and then goes back to his home country and doesn’t have to walk the streets of South Africa and take it on the chin‚ that’s one of my biggest gripes.

“But I feel that Ajax Amsterdam as an institution have left something very tangible here [in SA]. They’ve left a big footprint on our football.

“So from that viewpoint it would be sad to see them leaving.”

Among players produced in Cape Town who have gone on to play in Amsterdam are Steven Pienaar‚ Daylon Claasen and Thulani Serero.