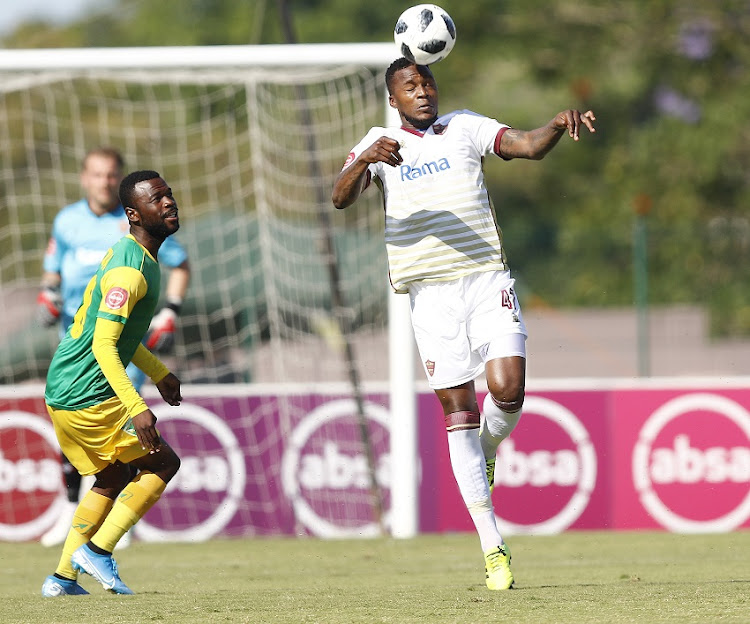 Veteran defender Morgan Gould is relishing his father-figure role at Stellenbosch FC and while he hopes to play on for another 18 months at least‚ admits his responsibility in the squad has changed.

The former Kaizer Chiefs centre-back was an influential figure at the start of the campaign for the newly-promoted Winelands club but lost his starting place in November. He has only made three substitute appearances since with the last coming in January.

The 37-year-old is ready to fight for his place though and reveals he brings value to the squad not only on the field‚ but also off it with vital experience after almost two decades and over 300 PSL starts as a professional.

“I have a different outlook on football now than when I was younger‚” he tells TimesLIVE.

“As a player you want to play as much as you can‚ every game‚ but the older you get you realise this is probably not possible because your body takes longer to recover.

“So you have to adapt to that. I know I can still contribute to the team‚ but maybe that is in different ways now‚ not only as a player.

“I have always been a ‘team player’ wherever I have been‚ and helping to keep younger guys motivated or offering advice is something that I enjoy‚ and I think it is a valuable contribution for a group that contains players who had not been in the PSL before.”

The former Bafana Bafana defender hints that the mentor role‚ especially through difficult times‚ is an under-rated one in South African football.

“When I was young at Jomo Cosmos‚ there were people there doing that for me‚ offering advice and knowledge of the game. It really helped me a lot and I feel like now I owe it to the young guys here to help bring through the next generation.

“If we don’t have that link between the generations we will lose players‚ I genuinely believe that. Young players need guidance‚ it is crucial.”

Gould says he will assess things at the end of the season‚ whenever that may be‚ but feels he has another campaign in him.

“I am going to see out the season and take it from there‚ but I would love to play football for the next 18 months.

"But like I said‚ I understand my role is bigger than just playing. So we will see.”

Gould has been training hard during the lockdown and like many parents across the country‚ has also kept his mind sharp by helping to homeschool his children.

“My kids and their schoolwork keeps me pretty busy outside of training‚” he says.

“Sometimes they ask me questions and I have no idea of the answer! But I try to help them as best I can and do as much to support them as I can.”