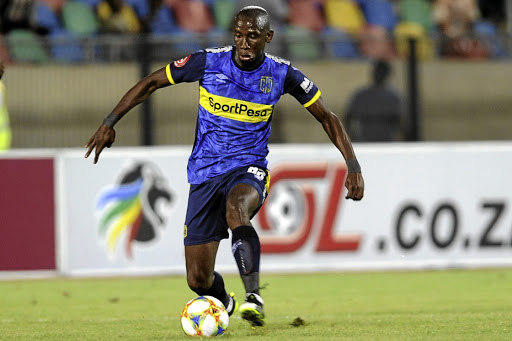 Evergreen Mark Mayambela says he still has some fuel in the tank and his hunger for top-class football has far from diminished.

The 32-year-old former Chippa United midfield general and captain is now a free agent following his short stint at Cape Town City earlier in the season and says retirement is but a distant thought at the moment.

Mayambela has been around the block a few times, having played for the likes of Orlando Pirates, Bloemfontein Celtic, Ajax Cape Town and Swedish side Djurgardens, just to name a few.

However, he is not ready to pull the plug yet and believes he still has plenty to offer in football. He said his fans should keep an eye out for him.

Fleet-footed and more talented than most, Mayambela sees some light at the end of the tunnel in terms of his career once the Covid-19 global pandemic has cleared.

"There are three clubs who I have been in talks with, one is local, one in Asia and one is a European team," Mayambela said.

"So, we will see how things turn out after all is well.

"There is really nothing we can talk about regarding football because we are not even sure when football will come back."

Comitis says club had to trim squad.
Sport
2 years ago

Recently, Mayambela tweeted a picture of himself in seven jerseys of some of the clubs that he has played for, with a caption reading: "A blessing to be part of this, I owe this game everything."

The tweet had his fans questioning whether or not he was retiring from football.

"It's not a secret that I have been in the game for a long time. Sooner or later my ties with football, in terms of playing, will come to an end.

"But for now I am not retiring. I am still going to play. For how long? I think my body will decide that.

"However, I am still in shape and I feel good," he said.

"I am home because of the lockdown and I am just complying with that. Trying to keep fit at home is not easy because you are restricted to one place."