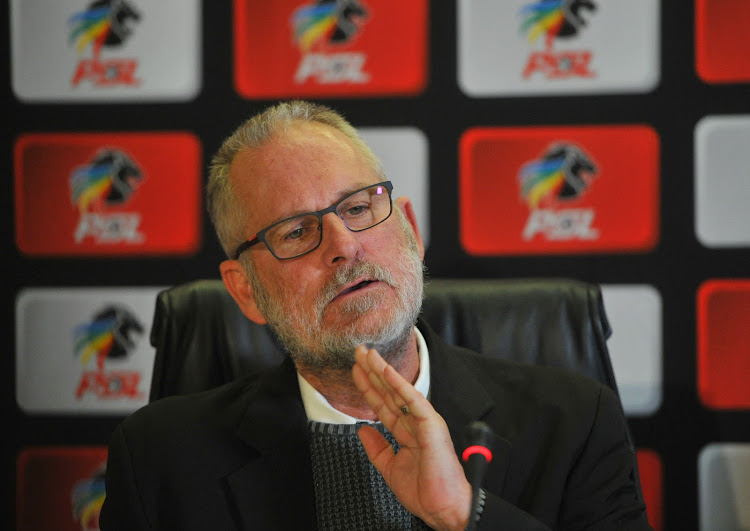 Two prominent Premier Soccer League (PSL) officials played a role in drafting Fifa’s response to the coronavirus pandemic‚ which is expected to be formally released in the coming weeks and is designed to ensure a smooth return to action.

Both executive committee member Jose Ferreira‚ the former boss of Bidvest Wits‚ and Michael Murphy‚ the PSL’s legal counsel‚ served on the Fifa working group who put together guidelines for the game in the wake of the crisis brought on by the deadly virus.

They formed part of a colloboration between world football’s governing body‚ the European Club Association‚ the players union Fifpro and World Leagues Forum‚ who held meetings via video conference late last month and again last week to thrash out solutions to the worldwide suspension of the game.

The pair‚ both lawyers‚ were nominated by the World Leagues Forum‚ of which the PSL is a member.

The World Leagues Forum was formed to give a professional direct line to various bodies governing football and all major league are members‚ including a handful from Africa.

The Fifa working group has come up with suggestions around the cessation of players contracts‚ how the governing body can deal with complaints and appeals over wage cuts for players and how clubs and football bodies can cut costs during the stoppage caused by the pandemic.

Their recommendations are‚ in theory‚ guidance for each country to take on board but Zurich has made it clear that it is to be followed.

“As world football’s governing body‚ Fifa has a responsibility and mandate to provide appropriate guidance and recommendations to member associations and their stakeholders to both mitigate the consequences of disruptions caused by Covid-19 and ensure that any response is harmonised in the common interest‚” it said.

The major feature of the group’s work was the recommendation that player contracts due to run out in June should be extended to the end of any resumed season – allowing the possibility that unfinished seasons can still be completed into the second half of the year.

It also urges clubs‚ leagues and players to reach “appropriate collective agreements” over wages and has put in mechanism to deal with possible dispute.

The group agreed that transfer windows should be adjusted to reflect the changed dates of seasons‚ with priority given to teams finishing the current season with their existing squad.