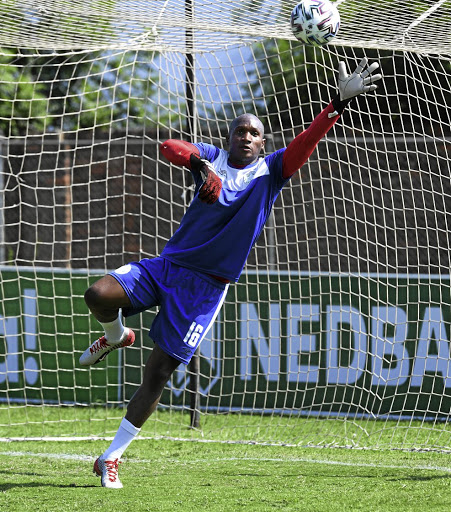 Amid all the disruptions due to the Covid-19 pandemic outbreak, there is one silver lining for Bloemfontein Celtic goalkeeper Jackson Mabokgwane.

For Mabokgwane, the hiatus has been an opportunity to heal his quad injury.

Mabokgwane and his teammates have been following a programme they have been given by Celtic as they continue to train alone at home.

"It's easy to follow because we understand it, we are professionals and we are taking that responsibility," Mabokgwane told the Sowetan yesterday.

"It's just guidelines, but you know exactly what you need to work on like I was struggling with a bit of injury and this gives me an opportunity to work on certain things.

"I try to look at the positives after this situation. For me personally, it works out best, because I can be able to recover fully. I had a quad problem.

"I was playing with it trying to rest it in between matches, so I couldn't train. I would just prepare for matches and after that, it was back to square one... it was painful. Now I have the opportunity to sort it out completely."

The ex-Orlando Pirates goalie has been hard at work at home and added that with this being his first season with Celtic, the break is also giving him time to look back at what he did right and wrong.

"It has been about staying indoors and trying to reflect on some of my matches and do some bit of corrections on them to see where I made mistakes," Mabokgwane continued.

"I started well, but I couldn't keep the momentum going but so far, I think it is a satisfactory season for me because it is my first with the team. Unfortunately, consistency has not been there because I have been playing with a different back four every single match I played. Hopefully, now we will get that spine in the back four to help us not concede more goals."

They may perform magic with the ball on the soccer pitch but evidence shows many of our star soccer players lack the basic skills to manage their ...
Business
1 year ago
Next Article