Acting CEO Madlala on threat posed by Covid-19 on PSL's finances: 'We are just taking it day by day' 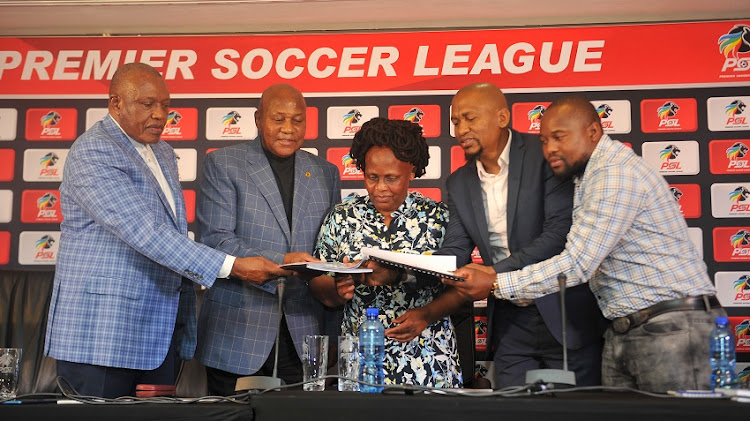 The Premier Soccer League (PSL) is not just in limbo in terms of its matches being suspended‚ but also facing uncertainty on its financial stability‚ says acting CEO Mato Madlala.

Globally football associations and professional top-flight leagues have laid off staff and clubs renegotiated salary packages with players to cut costs as matches remain suspended due to the coronavirus pandemic.

The PSL suspended its Absa Premiership and GladAfrica Championship matches for a week on March 16‚ and the current national lockdown sees the top-flight and second-tier leagues still in limbo.

Madlala was asked if‚ given the PSL secures its sponsorship and TV rights deals over years‚ this means the league is currently solid so long as there is a prospect of the 2019-20 season still being completed – even if extended to August or further.

“The league gets money from matches being played. If there is a cup competition being played we get a certain percentage. So it pains everyone [when there are no matches].

“Even the [sponsorship and TV] commitments [owed to the PSL] that we have are not paid up-front. It doesn’t work like that.

“People can ask for it [the money] back. We have seen that in other places around the world right now where people are asking for it back.

“The commitment is for a certain product to be delivered‚ and if it is not there is no payment. Even you and I‚ if we don’t work‚ people don’t pay us.

“Nobody can know what is going to happen right now. For now we are in limbo.”

With the league now certain to be extended past its normal finish in May (the season-ending Nedbank Cup final was set for May 16) this can cause all manner of financial complications.

The PSL grant (R2-million to Premiership teams and R500‚000 to NFD clubs) is paid over the course of a year‚ not a season‚ so would have been paid until June.

If the season extends past June‚ the PSL might need to suspend grants in months while football remains inactive.

“The monthly grants are paid for March. But in terms of what will happen in the coming few months‚ I cannot say – that is for the executive to decide‚” Madlala said.

“But I cannot make a guarantee that all the grants will be paid until June. It’s for the exco to decide.”

The national lockdown is expected to run until April 16.