Why Olympic delay is big blow to SA stars 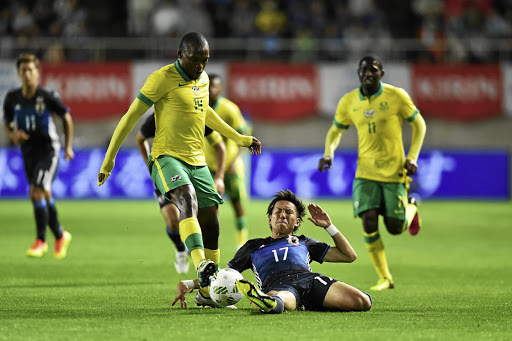 Gift Motupa of South Africa is tackled by Yosuke Ideguchi of Japan during an U-23 international friendly match.
Image: Atsushi Tomura/Getty Images

While there is no doubt that the postponement of the Tokyo Olympics due to the Covid-19 pandemic has disappointed many in the SA U-23 national team, Bidvest Wits striker Gift Motupa has outlined what the players will be missing.

Motupa was part of the team that played in the Rio Olympics four years ago.

Although SA didn't go far in that tournament after they were eliminated in the group stages, those three matches were enough for the former Baroka and Ornado Pirates player to gain invaluable experience.

"I feel sorry for [SA teammates] because the situation is above everyone's control," Motupa told Sowetan.

"That [Olympics] experience is massive, it is good to have. You get to meet the best players in the world.

Weeks of anguish and a ‘black box’: Inside Tokyo’s decision to delay the Olympics

"To grow and to compete at that level is something else. You get to meet different types of players worldwide and most of them play in big leagues."

Most importantly, the players would have missed out on the chance to impress scouts who would have been at the Olympics and to get exposure.

"If you do well there you have a chance of playing in Europe, hence I said they are missing a lot," Motupa continued.

"When I came back from Rio, everyone started to treat me differently, they give you respect amongst the players. It grows your value as a player and it is an experience no-one will take away from you."

Keagan Dolly was one of the players who went to Europe after the Rio Olympics, joining the French side, Montpellier, from Mamelodi Sundowns in 2017.

Playing against PSG and Brazil superstar Neymar was something Motupa says he will never forget.

"For me playing against Neymar was the best thing that has ever happened to me so far. I was up against one of the best players in the world," he said.