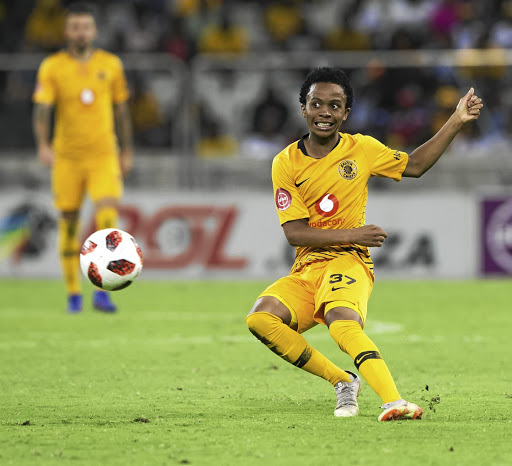 George Maluleka's pending move from Kaizer Chiefs to Mamelodi Sundowns could change the fortunes of a few players at both clubs.

Maluleka is set to link up with Sundowns at the end of the season, having penned a pre-contract. His Chiefs contract ends in June.

The 31-year-old midfielder's departure from Naturena might open the door for some players to start playing regularly, while it also has the potential to pile misery on several of Pitso Mosimane's midfield troops at Chloorkop in the next season.

One of the Chiefs players who could be heir to Maluleka's throne in that role of linking the defence with the attack is Nkosingiphile Ngcobo.

The 20-year-old maestro showed flashes of brilliance last season, before suffering a nasty Achilles tendon injury that sidelined him for six months in March last year.

Sihle Ndebele picks five players who shone during their loan stints this season, perhaps to convince their parent clubs they may be worth another look
Sport
2 years ago

Ngcobo has played just one game this season, with coach Ernst Middendorp always emphasising he doesn't want to rush the Amajita star back into action.

However, Maluleka's exit - and the fact that Chiefs might not be able to replace him thanks to a Fifa transfer ban - could force the German to rely on Ngcobo to step up.

Forgotten midfield dynamo Siphelele Ntshangase can also benefit from Maluleka's departure. However, the tricky part is that Ntshangase's contract expires at the end of June, though Amakhosi have an option to prolong it by another year.

Meanwhile, Maluleka's arrival at the Brazilians could spell the end of Lucky Mohomi's time at the club. Mohomi is struggling to even make the match-day squads, having not played a single league games this season.

Sammy Seabi is another player who is expected to find playing opportunities even harder to come by when Maluleka eventually joins.

Meanwhile, Tiyani Mabunda is likely to keep his role as the first option if either of Jali or Kekana is not available, meaning Maluleka might be fourth in the Sundowns midfield pecking order.

Contracts between clubs and players could be extended by new rules meant to ensure that season finishes.
Sport
2 years ago

With a number of football leagues across the world likely to resume beyond June after the coronavirus-forced suspension, a chaos involving players ...
Sport
2 years ago

There appeared to be some friction in the Bafana Bafana setup after star midfielder Bongani Zungu openly questioned his exclusion from the most ...
Sport
2 years ago
Next Article