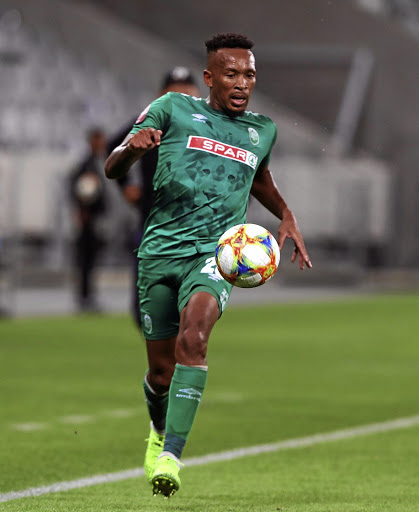 It seems like the writing is on the wall for Lehlohonolo Majoro's future at AmaZulu.

The fact that the PSL games have been suspended makes it worse for the once feared ex-Kaizer Chiefs and Orlando Pirates striker.

Before the Covid-19 pandemic put a stop to the PSL season, Majoro and four players were suspended, including Michael Morton, Thembela Sikhakhane, Jabulani Ncobeni and Nhlanhla Vilakazi.

The other four players have since all been recalled, but the former Bafana Bafana striker was left in the cold. While his future remains uncertain at the Durban club, Majoro was not able to commit to where his future lies.

"I don't want to do interviews. No one is giving me permission to do them.

"If there is anything you guys want to know you must call AmaZulu. We are on the break, so please call AmaZulu and they will answer you. Everyone is quarantining now my man, that's all I can say."

Majoro's manager Vasilli Barbis remained positive that the striker will still be Usuthu's player next season despite seemingly not being on the technical team's plans. "He is still an AmaZulu player, nothing has changed. Majoro is still there and he still has another year on his contract, plus an option (to extend)," Barbis explained.

"There was a club decision to recall everyone and it is just unfortunate because it looks like it (the suspension) is longer because of the break and the lockdown.

"He is still very much part of AmaZulu. He understands competition and when he gets his chance he will do what he needs to do.

"Everything will be fine nothing to worry about, let's not try to make an issue on that, the boy is happy he will still be part of AmaZulu."

Usuthu, Baroka were picking up the The current Absa Premiership break caused by Covid-19 may tamper with the rhythm of relegation-bound teams, ...
Sport
1 month ago

'I want to coach’: Veteran goalkeeper Moeneeb Josephs contemplates life off the pitch

Moeneeb Josephs is quick to admit he never considered a future in coaching but is now reveling in his new role as assistant at AmaZulu.
Sport
2 months ago
Next Article