Some of the PSL's most dramatic moments 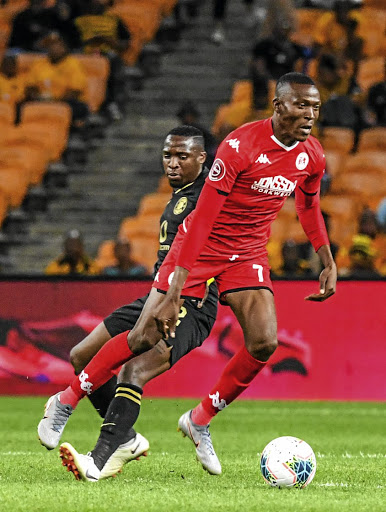 Two seasons ago Tendai Ndoro, now with Highlands Park, was caught up in a legibility saga at Ajax. /Sidney Seshibedi/ Gallo Images

The 2019/20 PSL season which will likely come to be known as the coronavirus season will have one of the most unusual and tumultuous finishes in history.

In the coming weeks it will have to be decided whether the season will be finished or not.

Whether the campaign is cancelled altogether or whether the remaining games will be crammed into May and June, it will remain controversial nonetheless. There are on average eight games remaining to be played by each team in the Absa Premiership with Kaizer Chiefs in the lead.

Gomolemo Motshwane looks at the most controversial season endings in recent time, and both include Pirates.

Many fans will never forget the 1994 season of the National Soccer League (NSL) First Division for the way it ended.

Orlando Pirates were controversially awarded a point while Vaal Professionals were deducted a point for fielding an ineligible player.

The Buccaneers won the league with 50 points while Spurs finished runners-up with 49 points.

Had the season ended with both teams on 49 points, Spurs would have clinched it due to a superior goals-difference.

Pirates went on to win the CAF Champions League the following year.

The 2017/18 season threw a spanner in the works of the PSL disciplinary processes and nearly left the league with egg on its face.

Central to the controversy was the saga of Tendai Ndoro and Ajax Cape Town.

Ndoro was found to be ineligible to play for Ajax because he had already played for two teams in that same season.

Pirates could have been awarded points as they played Ajax.

In the end Mamelodi Sundowns won the title and Ajax were docked seven points and automatically relegated.